TFI In July: All Hopes On These Three Heroes 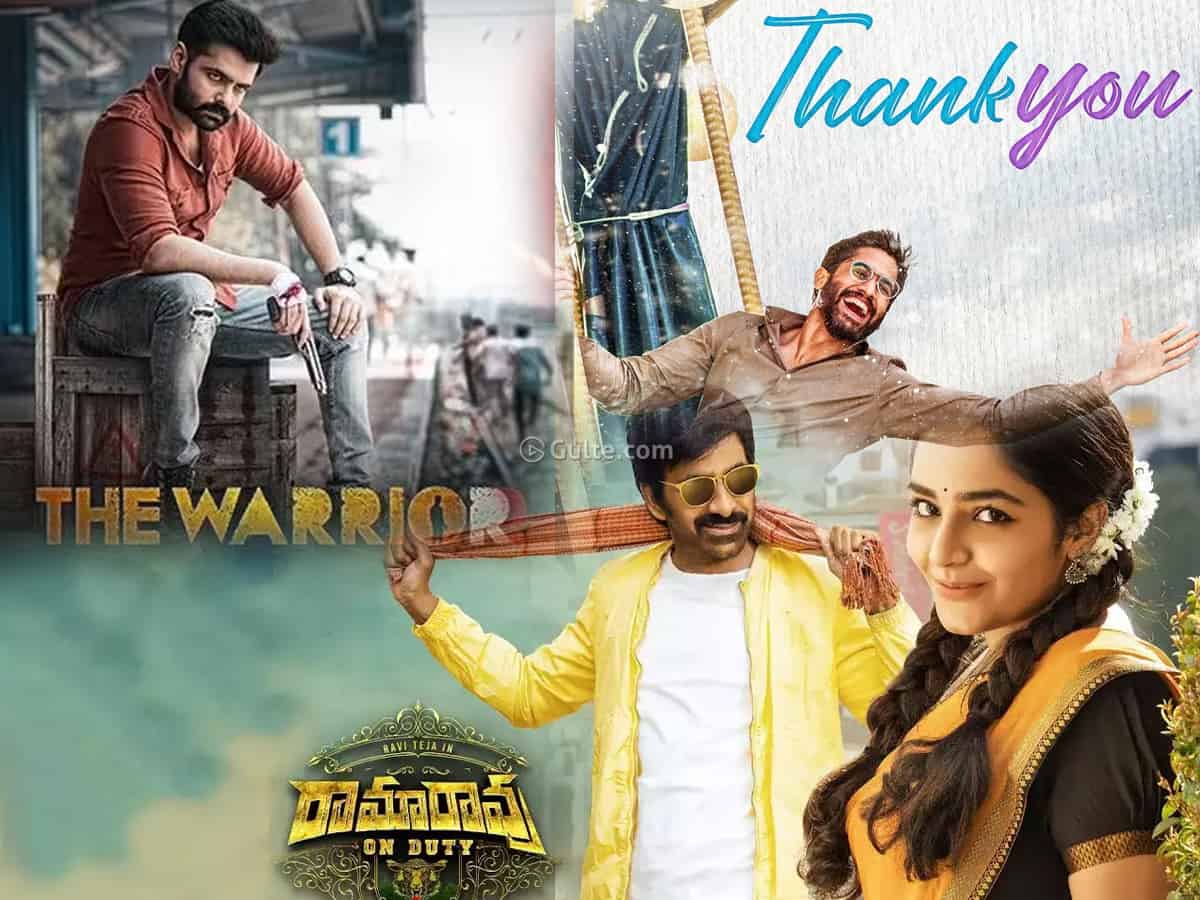 The month of July started on a disappointing note for the Telugu film industry. Gopichand’s Pakka Commercial, which was released on July 1st, ended up as a disaster. Lavanya Tripathi’s surreal comedy Happy Birthday was released the other day and generated poor talk. Even the bookings are very dull.

Thus, all expectations are now on the upcoming releases The Warrior, Thank You, and Ramarao on Duty. Starring Ram Pothineni in the lead role, The Warrior is slated for a grand release on July 14.

The trailer clearly implied that the film is going to be the ultimate mass feast. Even if it generates an average talk, we can expect it to collect a good amount at the box office. But the recent form of director Lingusamy is a concern.

After a week of its release, Naga Chaitanya will arrive with Thank You. This is a class movie and there is a low buzz around it. Even though it is directed by talented filmmaker Vikram K Kumar and produced by star producer Dil Raju, the promotions are very dull. If they don’t promote it even now, the movie has to entirely depend on the word of mouth.

On the last Friday of July, Ravi Teja will arrive with Ramarao on Duty. The film has been making it to the headlines regarding various controversies for the last couple of weeks. Everything seems to be settled now because director Sarath Mandava and actor Venu Thottempudi have started promoting the film already. Even Ravi Teja is aiming for a big success after the debacle of Khiladi.

Hence, the fate of TFI in July is entirely dependent on these three heroes and we have to see how these films perform at the box office.