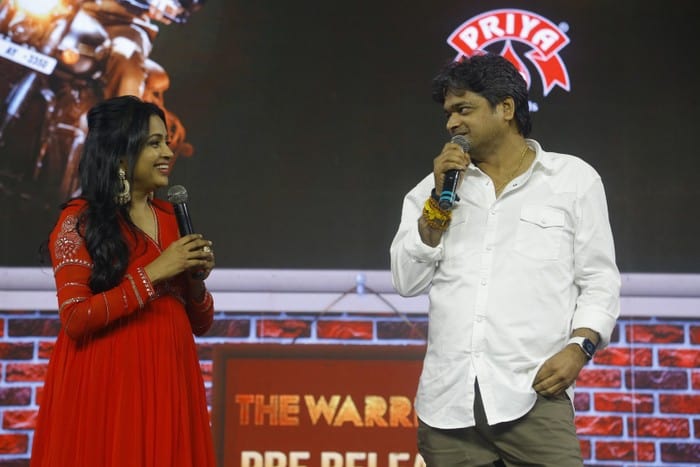 Amidst speculations about Harish Shankar joining hands with Ram Pothineni, the star filmmaker has made it official about the project that they will soon collaborate on. He attended the pre-release event of Ram’s next film ‘The Warrior’ and opened up on their project.

Speaking at the event, Harish Shankar revealed that he earlier pitched two to three subjects to Ram but for various reasons, the project never got materialized.

“Long back, I narrated a sensitive love story to Ram. It is definitely not Ram’s cup of tea. After listening to the script, he told me that we should do a film that would put the screen on fire,” said Harish, adding, “Definitely, I am going to do a film with Ram very soon. However, I can not tell you when will it happen but I am doing a film with Ram.”

“Very soon, when it is the right time, I will talk more about the film I am doing with Ram,” said Harish Shankar.

There are speculations that Harish Shankar’s film with Pawan Kalyan is undergoing a delay and the director is expected to do a film with Ram in the meantime.