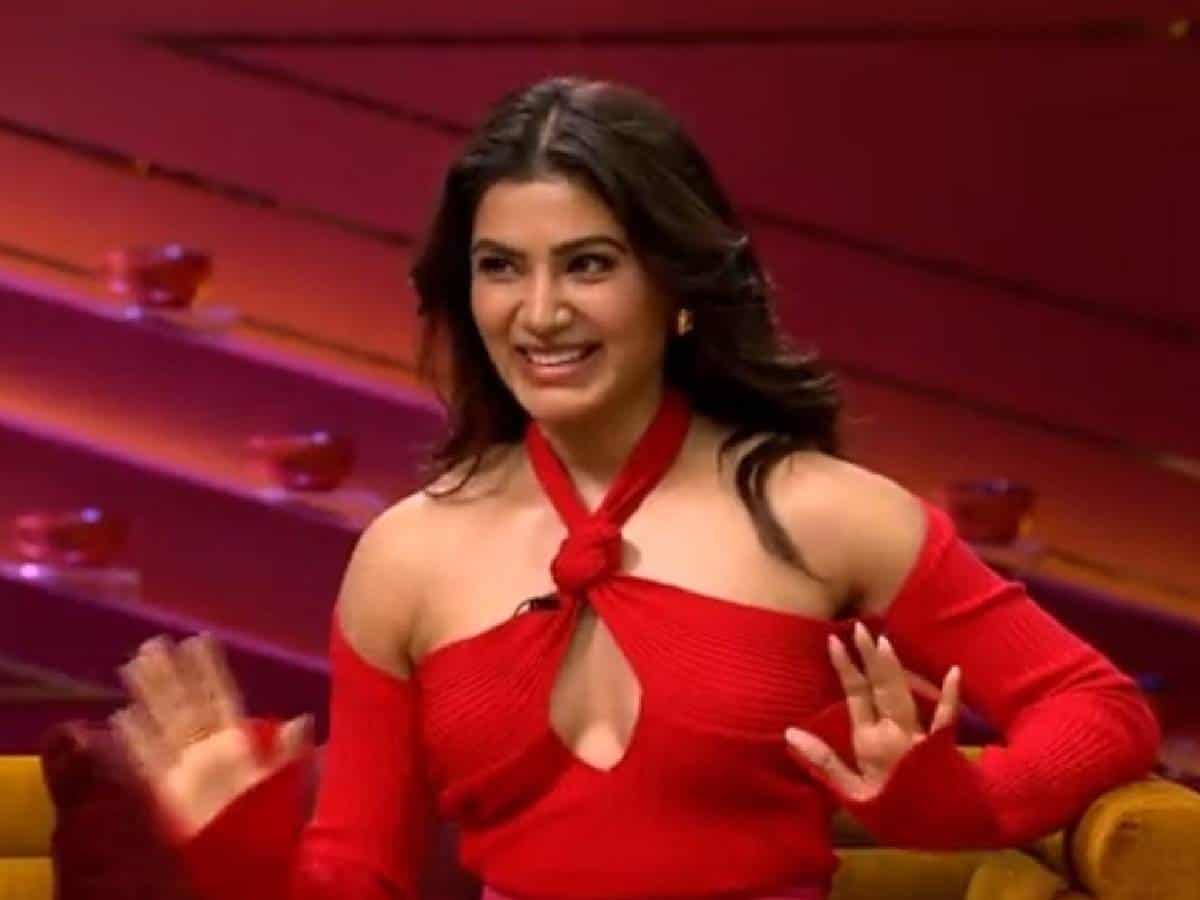 Like it was expected, Koffee With Karan has brought out the things that queen bee Samantha would not say or reveal on other shows. Especially, without taking the name of Naga Chaitanya, host Karan Johar made her answer things about her divorce and life post that in the third episode of Kofee With Karan Season 7.

The moment Karan Johar asked Samantha about her husband and the separation, pat came the interruption from the actress, “ex-husband”. And then Karan went on to ask her why did she put up a lot about her personal life on the public domain.

“I’ve put a lot on the public domain because the audience are always a part of my life. I chose that path to be transparent. When the separation happened, as the audience invested hugely in my life, I had to reveal it to them” said Samantha, who along with Naga Chaitanya shared last year October that they are going separate ways.

Karan: “So, how is life post the divorce?”
Samantha: “Life has been hard, but it’s good now. I’m better than okay now. I’m stronger than I’ve ever”.

And then, she went on quoting actor Matthew McConnaughe’s line from his biography, “In the art of life, I’ve not scored A’s all the time, rather take an experienced C than an ignorant A”

Is she still angry with her ex-husband? Samantha hinted a “Yes”. When quizzed about hard feelings, she responded, “Is it like if we two are put in a room where we hide sharp objects?, yes, I’m in that zone”.

However, Samantha stated though the situation is not amicable between them now, the equation might get amicable in the near future.