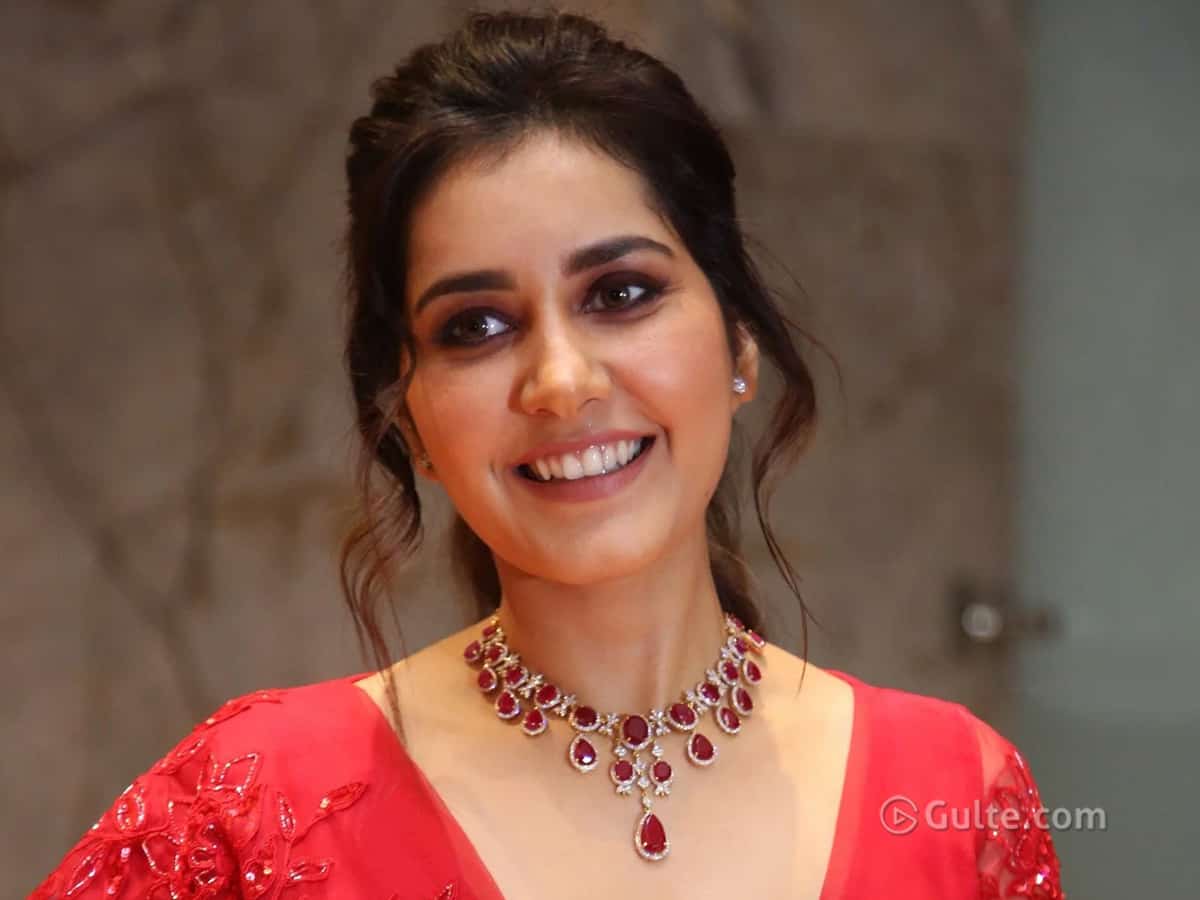 Though a film’s box office run largely depends on the merit of the script and the way the director carved it, right now Tollywood is said to be slipping into a belief that the lip kissing scenes are turning out to be a bad sentiment of talented beauty Raashi Khanna. Her latest act comes from other day’s Thank You movie.

First of all, Raashi locked lips with Varun Tej in “Tholiprema” movie, and that film went on to become a blockbuster. But then, her other kissing instances have turned out to be a mere waste as films like Jil (Gopichand), World Famous Lover (Vijay D), Bengal Tiger (Raviteja), Brahmam (Prithviraj) ended up as duds at the box office no matter what the makers of those movies claimed. And in “Thank You” as well, she has done some intense lip locks with Naga Chaitanya in the first ever song of the film. And nowhere this Vikram K Kumar directorial is showing any sign of recovery at the box office.

Right now it is being said that Raashi is quite a top commercial heroine that she’s not only glamorous but also open to kissing sequences, but that is not doing any good to her. Sentiment believers are advising the actress to cut down those scenes in her upcoming ventures. We have to see what happens.