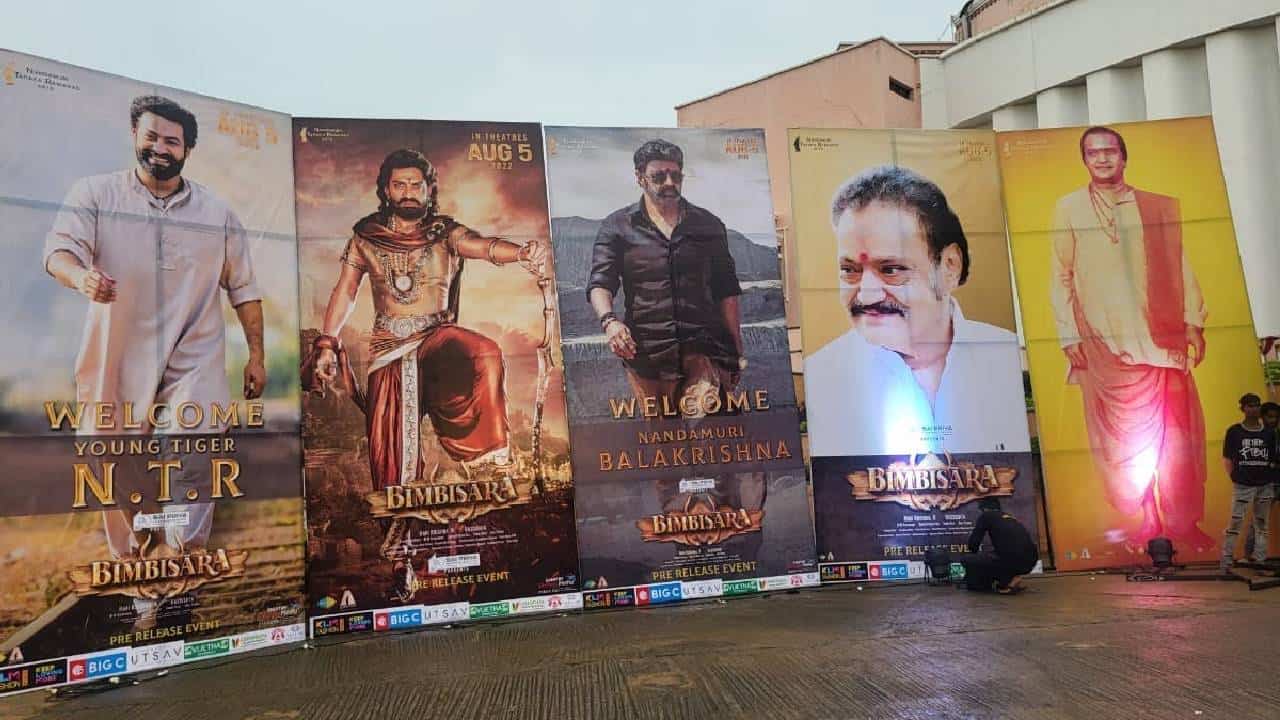 Fan wars between two star heroes of different compounds isn’t uncommon. The fans of heroes from different families and clans used to be at the loggerheads earlier. However, the trend has changed of late. Now, the fans of stars belonging to the same family, clan are cornering the other and trying to get one-upmanship on the other.

While Mega fans are known for such wars of words between the fans of heroes of its compound, now, Nandamuri fans are proving they are no less compared to the Mega fans. This was evident at the Nandamuri Kalyanram’s Bimbisara pre-release event held the other day where Jr NTR attended as the chief guest.

The fans of Nandamuri Balakrishna have repeatedly raised slogans “Jai Balayya” to catch Tarak’s attention. Even NTR’s fans had provoked Balayya fans by shouting “CM CM”. If these are all not enough when the anchor had asked one of the fans to talk about Jr NTR, the fan shouted, “Jai Balayya, Jai Balayya” and said he would only speak about Balayya.

Meanwhile, Jr NTR’s speech was also pointed at by Balayya fans who alleged that the RRR actor had not mentioned Balayya’s name while mentioning grandfather late NTR’s name and late Hari Krishna’s name. Tarak said that his late grandfather and late father left, leaving their fans to them (NTR & Kalyanram). Clearly, Tarak was referring to late people and obviously he can’t mention Balayya’s name there, argue Tarak’s fans in retort to Balayya’s fans. Tarak’s fans also counter that Balayya is not mentioning Tarak’s name at the events he attends and their star has “self-respect”. Jr NTR’s political aspiration is what is perceived to be the bone of contention between Tarak and Balayya’s camp since the latter’s son-in-law Nara Lokesh is the front-runner to lead the TDP in the future.

Finally, fans of both heroes needs to observe that fans should come to a conclusion about the rumoured rift between Nandumari heroes. At many occasions Balakrishna and Jr NTR openly praised each other. So for now fans should keep their egos aside.