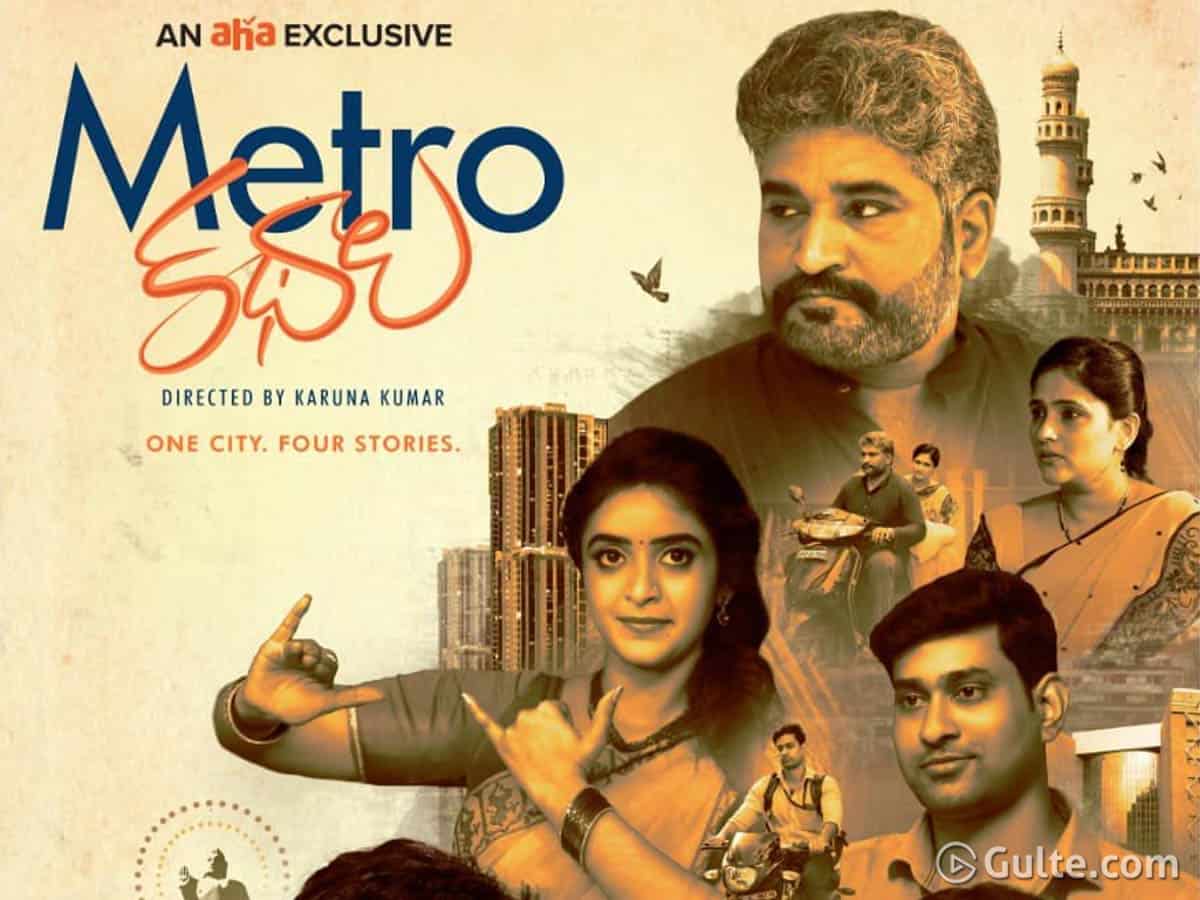 Like we have revealed it a couple of months ago already, Allu Arvind has acquired rights of some already published short stories and novels, and here is the first one of it to come out. Written by popular journalist Mohammed Khadeer Babu, four of his stories are now made into a web film titled “Metro Kathalu”, which is directed by Karuna Kumar of “Palasa” movie fame.

Guess what, Metro Kathalu is the first-ever rustic and realistic looking content coming from AHA, as the digital platform never churned out such dishes till now. All the earlier web series and web films of Aha have met with severe criticism and none of them appealed to audiences we must say. Whether it is the web series or films, the only a couple of them looked okay and others are scrutinised for their routine content. That pushed Arvind into picking something fresh and new for their OTT platform.

Compared to the content offered by Amazon and Netflix for Indian audiences, Aha has to up the game a lot and forget conventional masala-commercial stories. Looks like ‘Metro Kathalu’ is the first step in that direction. If this project succeeds, then Arvind might carve out more such realistic stories, leaving the routine masala projects for the good. Let’s see how Aha will bounce back with this big ticket.