Nithiin: Macherla Is Going To Give You ‘Goose-Pimples’ 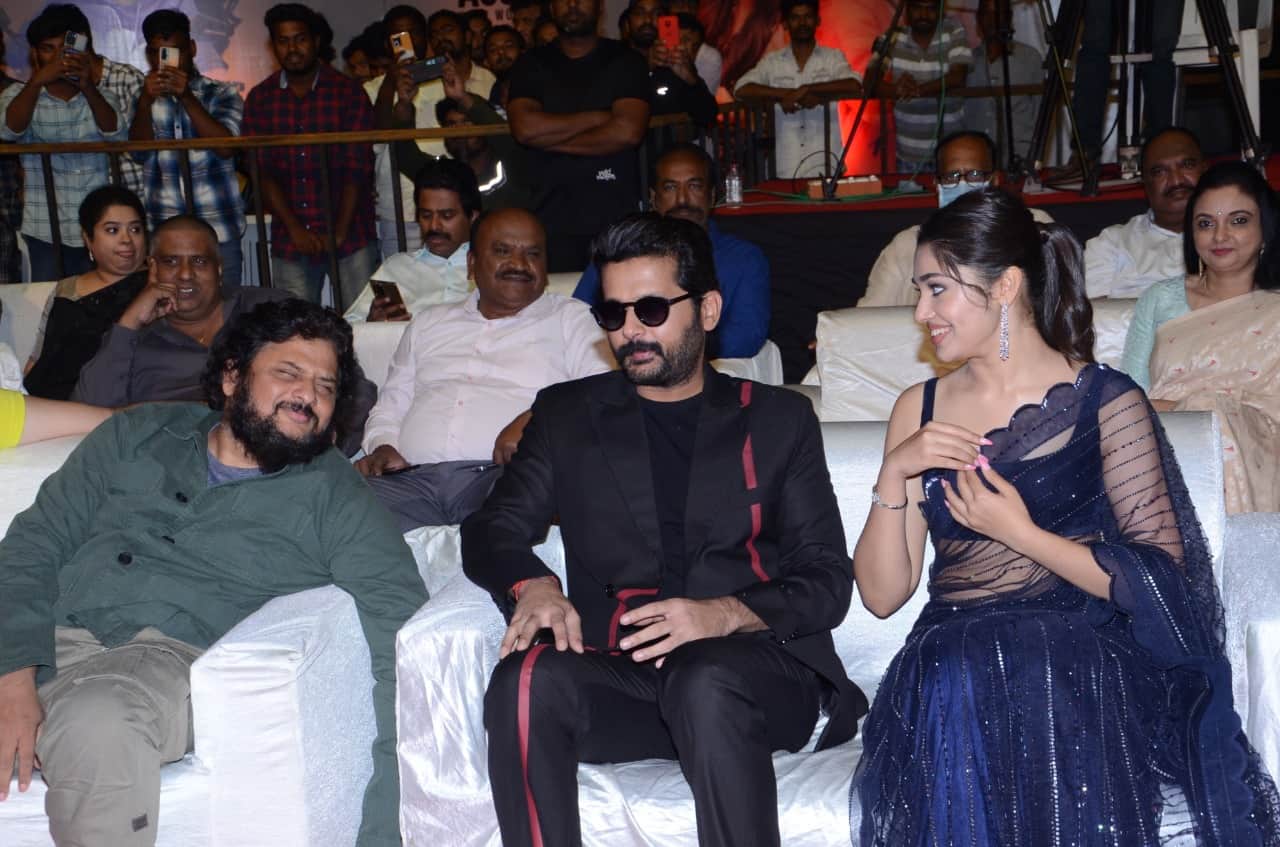 The pre-release event of ‘Macherla Niyojakavargam’ was held in a grand manner. The event saw the entire team of the film highlight the film’s main assets.

Nithiin began his speech amid loud cheers by his fans. “This is my 20th year as an actor. I will work harder for the next 20 years. I expect the audience’s support throughout my journey,” the actor said, making a mention of the film’s cast, such as Samuthirakani, Rajendra Prasad, and Vennela Kishore. “Kishore’s comedy in the first half is a major highlight. My scenes with him are the backbone of the first half,” Nithiin said.

Mamidala Thirupathi’s dialogues, Sahi Suresh’s art direction and Mahathi Swara Sagar’s music, among others, were also mentioned by the hero. “Sagar’s BGM is going to give you ‘goose-pimples’,” he said with a touch of humour.

Krithi Shetty, Nithiin said, will go a long way. “This film’s director, Sekhar, has been a long-time friend. He has treated the story like an experienced filmmaker. After this, he is going to grow into a commercial director for sure,” Nithiin added, also thanking his father and elder sister, the producers of the movie.

“The stunts in this film are my career-best ones. Anl Arasu, Venkat Master, Vijay Master and Ravi Varma Master’s action choreography will be loved by the audience,” Nithiin predicted.

Star director Surender Reddy, who attended the event as a chief guest, said, “I have watched an action scene from ‘Macherla Niyojakavargam’. This is the first time that I have seen Nithiin in such a fight. His look is awesome. After he delivered a hit with ‘Dil’, I approached him with a story. I was scared before meeting him. But once I met him, all my fear disappeared because he was so supportive. I have a desire to make a film with him in the future.”

The film is going to be released in theatres on August 12.