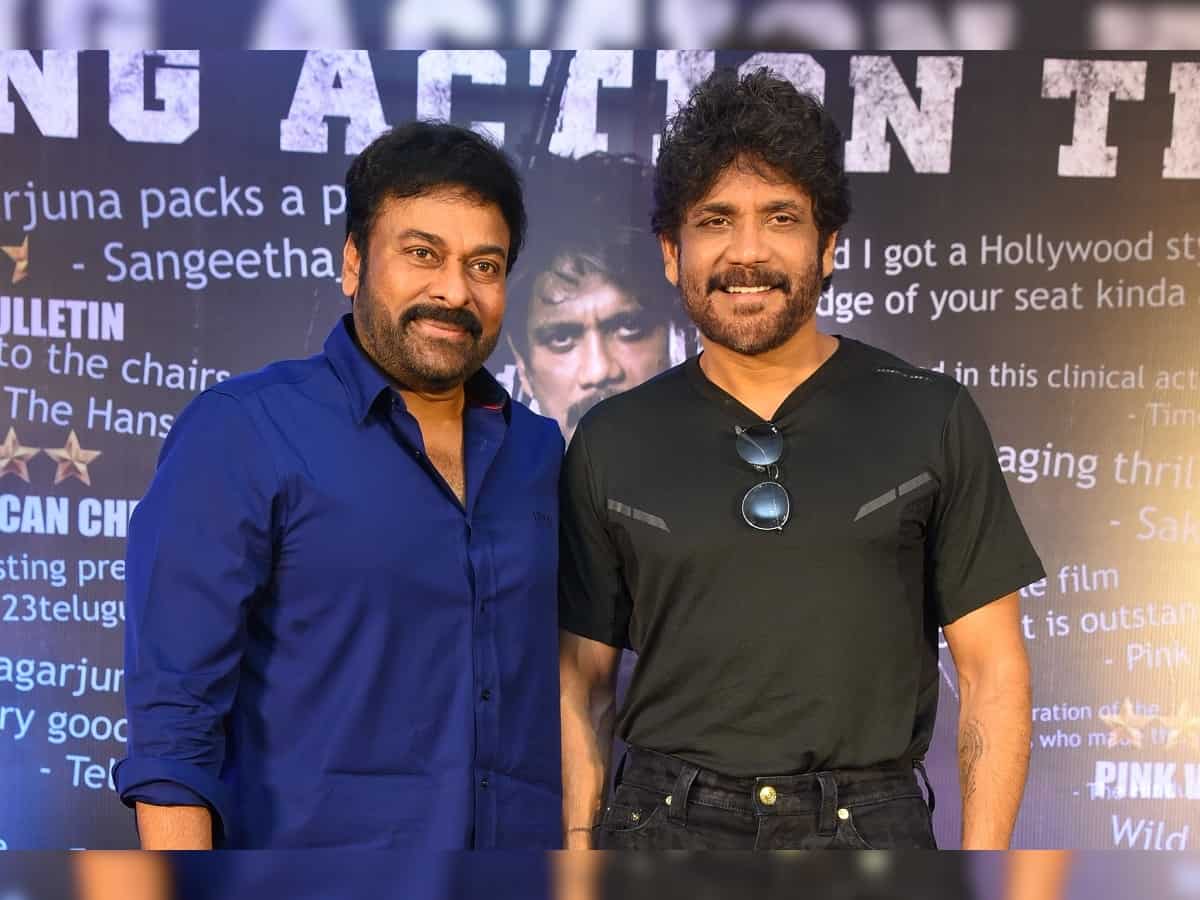 The friendship between Megastar Chiranjeevi and Akkineni Nagarjuna is a known thing. While Chiru is promoting Chay’s Bollywood debut film “Laal Singh Chaddha”, where the latter plays a small role alongside Aamir Khan, we hear that another interesting development took place.

One is that the film needs stylish looks and there is no better than Nagarjuna in that aspect and the other fact that Chiru-Charan’s Acharya pairing not doing well at the box office is a reason for the Megastar to send this film to Nag and Akhil. After listening to the story, even the Akkineni heroes are said to have got hugely excited.

If all happens well, Megastar Chiranjeevi might be producing this movie under Konidela Productions banner while Nag’s Annapurna Studios will be a partner too. More details of the news are yet to come.