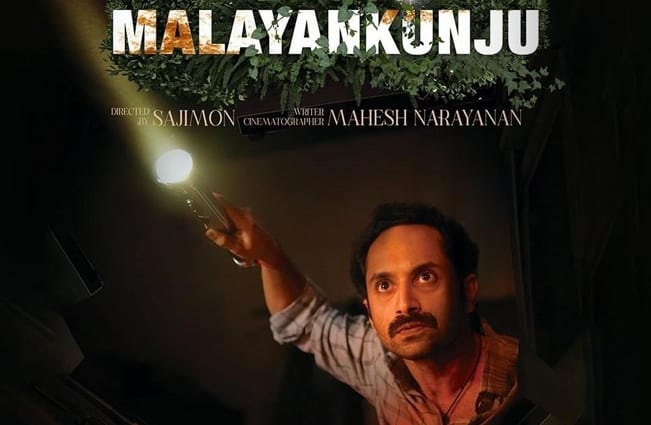 Last year Fahad Fasil acted in a movie called ‘Malik’ which gained unanimous appreciation from both critics and the audience, it was written and directed by Mahesh Narayanan, so naturally, there were enough expectations began to rise when the news of the reunion of ‘Malik’ combo started to circulate, although Direction is from Sajimon Prabhakar, Mahesh Narayanan became the part of the project as writer and cinematographer, Let’s see the what the ‘Fahad-Mahesh’ combo had in store this time.

The story deals with the life of AnilKumar (Fahad Fazil), a small-time electrician in the village, living with his mother, who became ill-tempered because of a setback he had in past, his ordinary life turns up and down when a calamity hits the village, what follows next is a survival drama, did Anil survived? What’s the problem he had in his past that turned him into an angry man? To know the answers to all these questions you need to watch the movie.

Absolutely it’s Fahad’s show all the way, he is the biggest plus point for the movie, I doubt any other actor could’ve pulled off the lead role with such seriousness and beautiful nuances, Writer Mahesh Narayanan had penned a very ordinary man’s character with interesting characteristics, which Fahad owns like anything, had Mahesh Narayanan could’ve concentrated more on writing intriguing drama, especially in the survival part, the movie could’ve been better, Nevertheless ‘Malayankunju’ has these earthy emotional moments that make it soar.

The direction by Sajimon Prabhakar is very good, it’s his debut movie and he made sure to carry the soul of this drama without breaking it, he extracted the best from the Fahad, and also from the rest of the cast and crew, there are a couple of repetitive moments in the movie which could’ve been avoided, they kinda slow down the movie, apart from that Sajimon Manages almost everything right.

The movie gets into the Survival zone only after 1 hour, and then for the rest of the 40-45 mins, one expects a compelling survival thriller, But Mahesh Narayanan has other ideas, and he attaches them to an emotional context, only to make that part also as a continuation of the “drama” till then it had with more of melodramatic feels, this starts to test our patience, it loses the steam of emotions there as we’re not that involved emotionally in Anil’s survival, but with a good climax Mahesh Narayanan comes back and saves the day, Anil (Fahad), his scene of transforming, becoming a human being again, free from his ill-tempered mindset, is a bliss to watch, it’s like a baby crawling from his mother’s womb and sees the light, that scene had such emotional depth visually.

Having A.R Rahman as a music director, what flaws will one find in his score/songs??, the legendary musician gives a great work of music that enlivens the movie from time to time, Cinematography by Mahesh Narayanan is excellent, be it the scenic beauties of the nature, or the claustrophobic atmosphere in survival sequences, he shot with great panache, editing by Arjun Benn is perfect.

Bottom-line: Overall, ‘Malayankunju’ works well with the grounded emotions and is one amazing performance from Fahad.