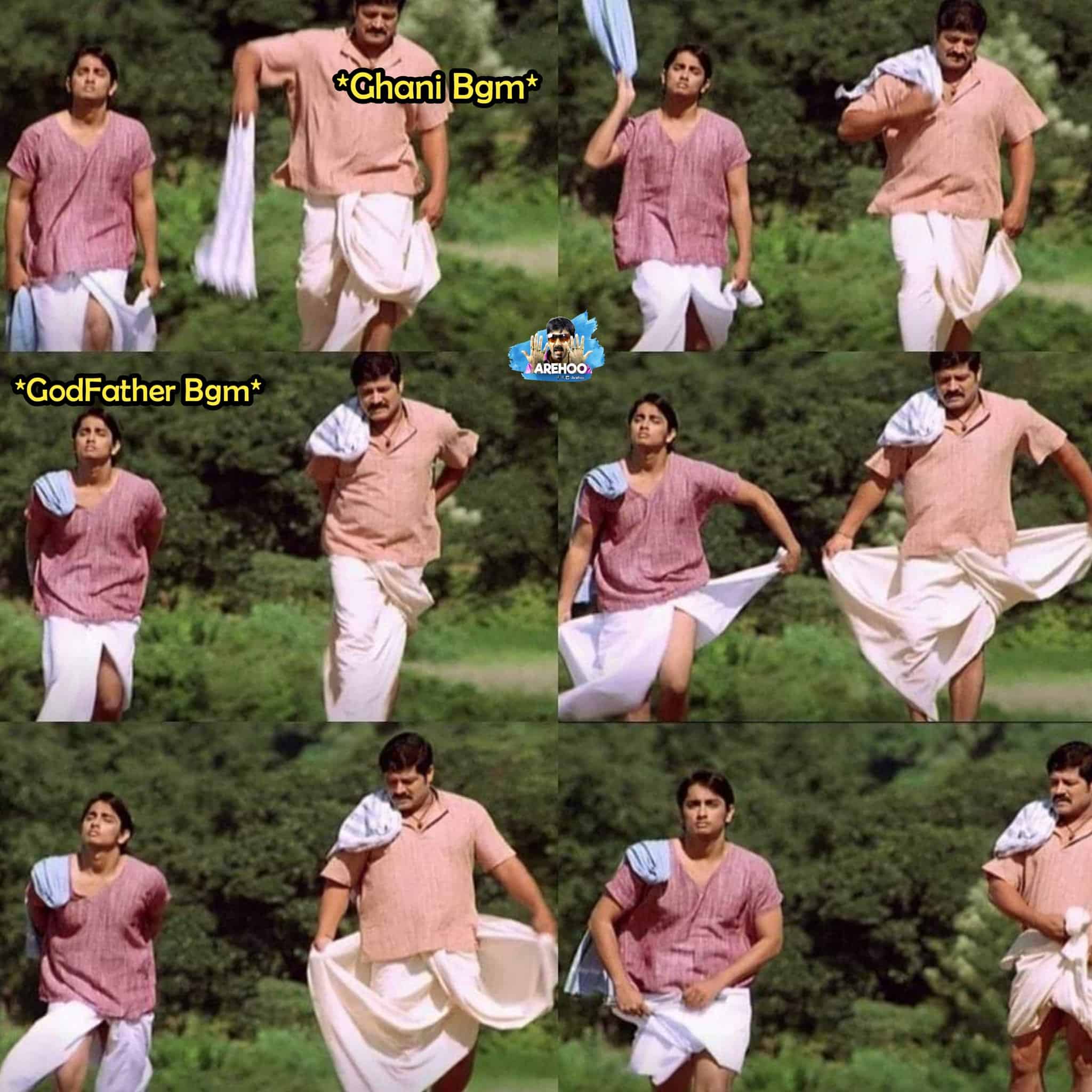 On the occasion of Megastar Chiranjeevi’s birthday (August 22), the makers of Godfather released a special teaser of the movie. Along with the Telugu teaser, the makers unveiled the Hindi teaser. The fantastic visuals, a vintage swag of Chiranjeevi, and the presence of a stellar cast are the significant highlights of the teaser, but there is a big drawback. It is the teaser’s music.

For the first time in his career, Thaman is composing music for Chiranjeevi starrer. Thaman caught everyone’s attention with a mind-blowing score to Chiru’s introduction in Ram Charan’s Bruce Lee: The Fighter. Ever since, the mega fans wanted Thaman to score music for Chiranjeevi’s movie, but they are now highly disappointed.

The score to the Godfather teaser is highly similar to the Ghani theme. Thaman scored the music for Varun Tej’s Ghani as well. The netizens are now trolling Thaman that he did not think new but reused one of his earlier works.

This is not the first time Thaman has been trolled for this reason. For almost every film, the netizens troll him with the allegation that he copied the music of either his work or someone else’s work.

Directed by Mohan Raja, Godfather is the official remake of the Malayalam hit Lucifer.