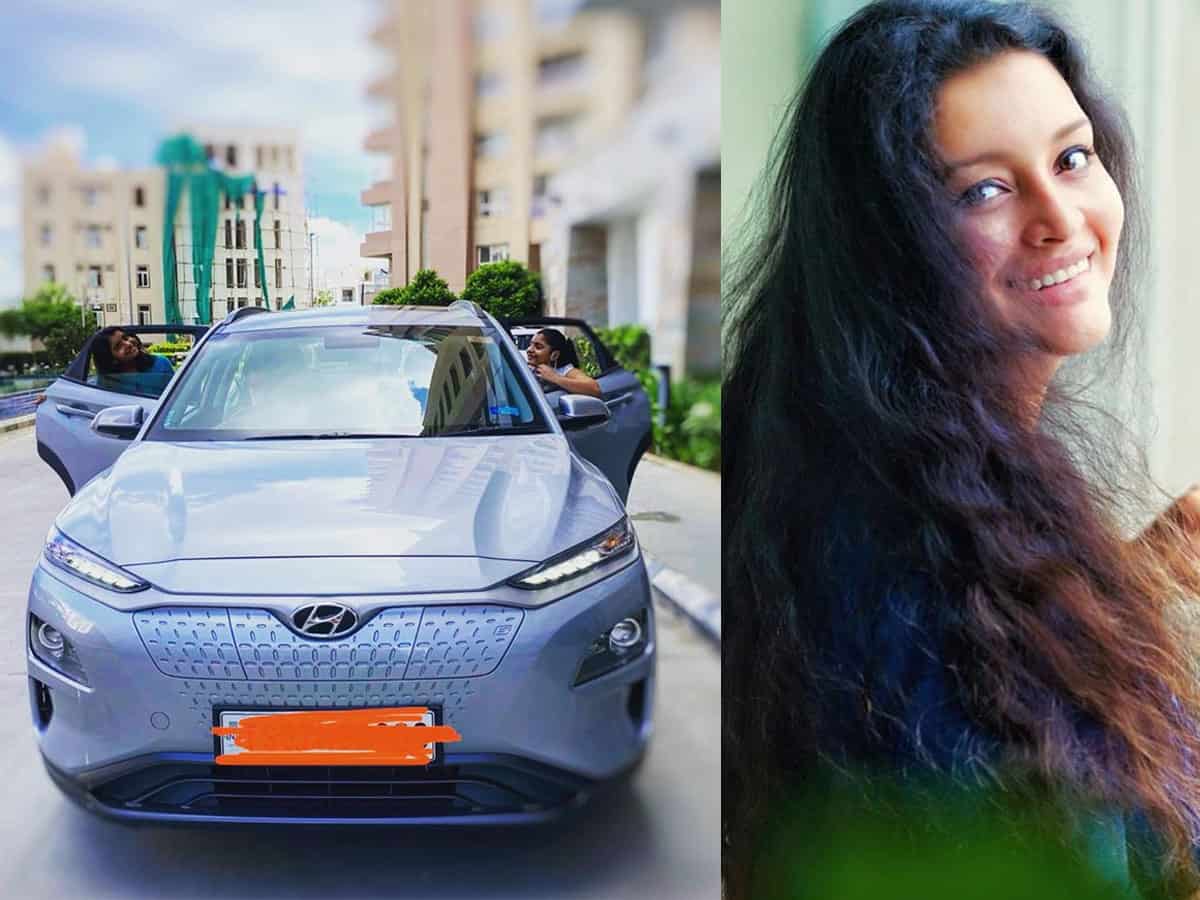 Actress and former wife of Pawan Kalyan, Renu Desai, has sold her two cars. Renu sold her luxury and ‘fuel guzzling’ imported cars Audi A6 and Porsche Boxter cars. And no, she has no financial problems. But Renu has done this for a cause. Renu has bought an environmental-friendly electric car. She took to Instagram and posted her new car. She urged her followers and other environmental-lovers to go for electric cars and electric bikes. “Guys please start finding out about electric cars and bikes and please think about buying them instead of regular petrol/diesel alternatives. I sold both my fuel guzzling imported cars, Audi A6 & Porsche Boxter and bought this electric car.” posted Renu Desai.

“It truly was a difficult decision to sell both my cars but I sincerely want to reduce my carbon footprint as much as possible! After reading about the oil spill in Mauritius, I really request all of you to go fossil fuel free. Yesterday’s new about the oil spill has deeply disturbed me.We humans are truly a cancer to this Earth and other species. We are so selfish,” wrote Renu.

What’s more? Renu further added that she has plans to stay in a farm far away from the hustle, bustle of city life. “One day soon I am going to go live on a farm away from city life and try to reduce my contribution to the destruction of this planet. Till then trying to do my best to reduce the existing damage!” Renu added.

She also recommended everyone to go for electric cars as they are “budget friendly” in terms of fuel consumption. “Also important part is that my petrol/diesel bills used to be more than 15k a month but now because of my electric car the current bill is hardly Rs 700-800, so I am saving a lot of money while saving the planet,” wrote Renu.