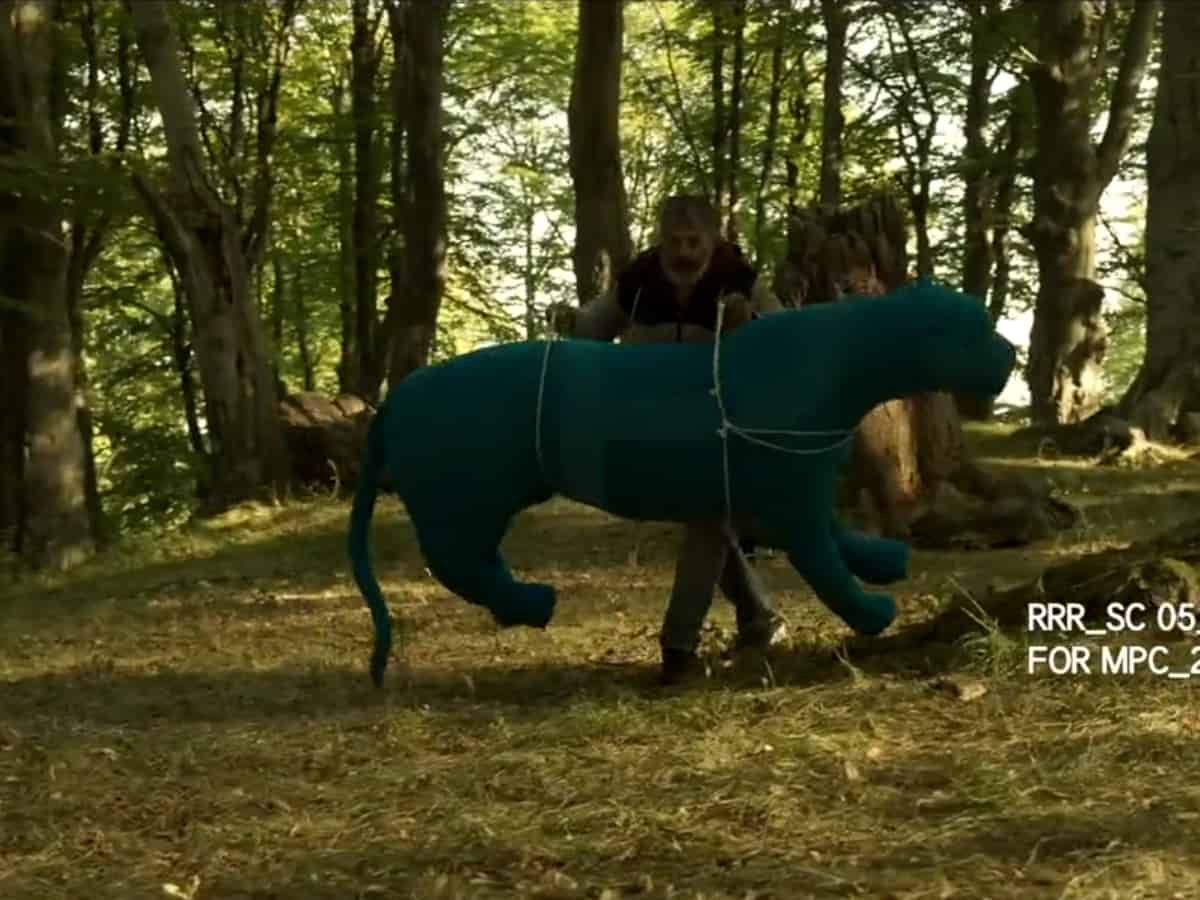 SS Rajamouli climbed a few steps further as a filmmaker with his recent outing RRR. Keeping aside its storyline, the VFX work in this film is phenomenal. The movie’s VFX supervisor Srinivas Mohan has been regularly sharing the BTS videos of various VFX scenes for the last few weeks.

Recently, he released the VFX Breakdown video of Jr. NTR’s introduction sequence. NTR fights a tiger in this scene. It is considered one of the best scenes in the movie.

In the breakdown video, we get to see the hard work that went behind making this scene a sensational one. A lot of effort went from drawing sketches on the storyboard to creating a tiger through VFX.

In the video, we can see Rajamouli explaining how the movements of Tiger should be, both in the studio as well as in the location. According to his guidelines, the VFX artists have managed to come up with such an astonishing sequence.

The video is breathtaking and it makes you appreciate the efforts of the entire team. It is now going viral all over social media. RRR features NTR and Ram Charan in the lead roles. It is one of the biggest blockbusters in the history of Indian Cinema.