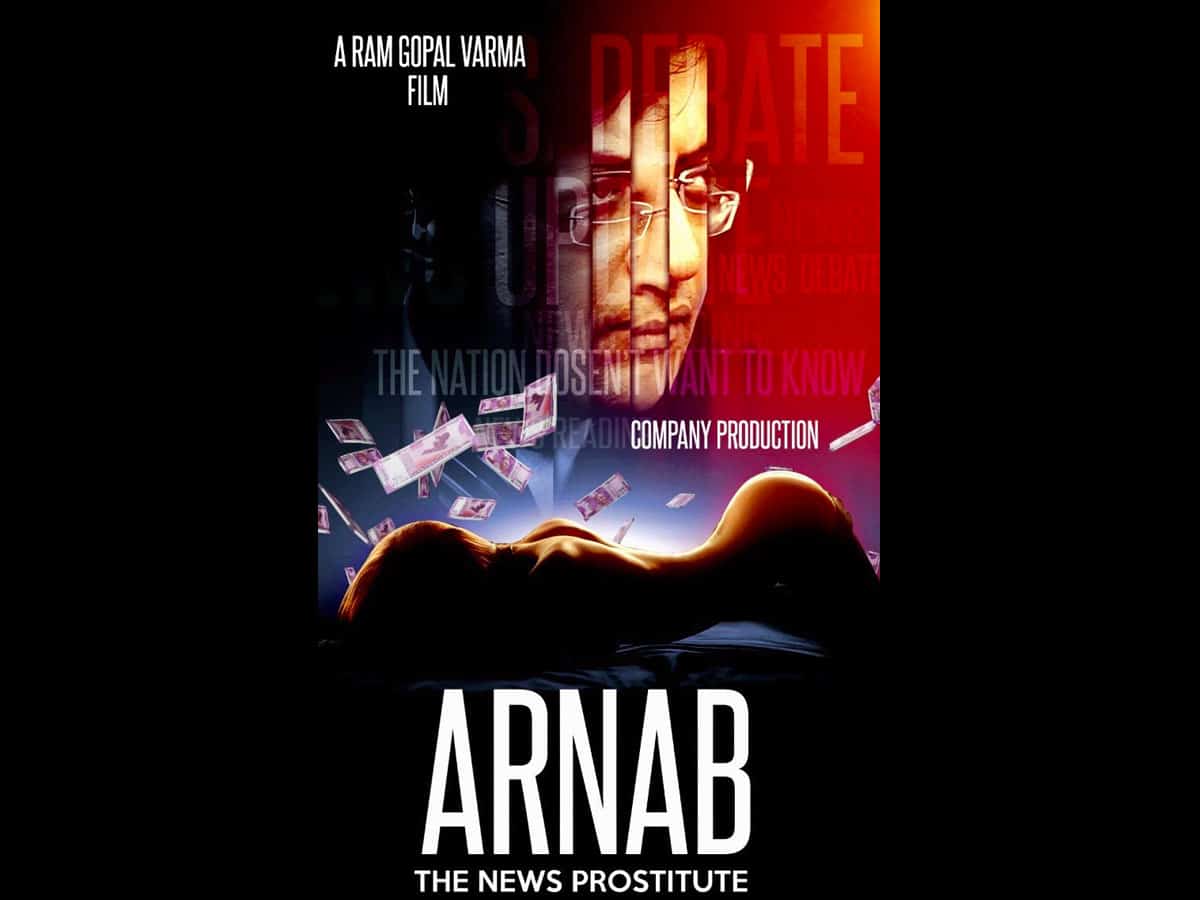 Ram Gopal Varma had been on news more than anyone else during the pandemic. Needless to say that his back to back controversial films and announcements like Climax, Naked, Powerstar and Amrutha, made it to the news and yet again, the sensational film maker is here with the first look of another film from his company.

RGV announced Arnab – The News Prostitute few days back and it is obviously targeting the nation’s popular news journalist, who voice has become much louder these days with the media trial of Sushant Singh Rajput’s death. The first look poster has an actor resembling Arnab with words written ‘The national doesn’t want to know’ and also a naked woman’s pose with currency being showered upon.

Well, we have to see how Ram Gopal Varma cashes upon the ‘Arnab’ and many already started assuming it to be just another shallow (short) film with nothing much except few controversial speculations talked about by the actors in the film. For now, check out the motion poster as well.