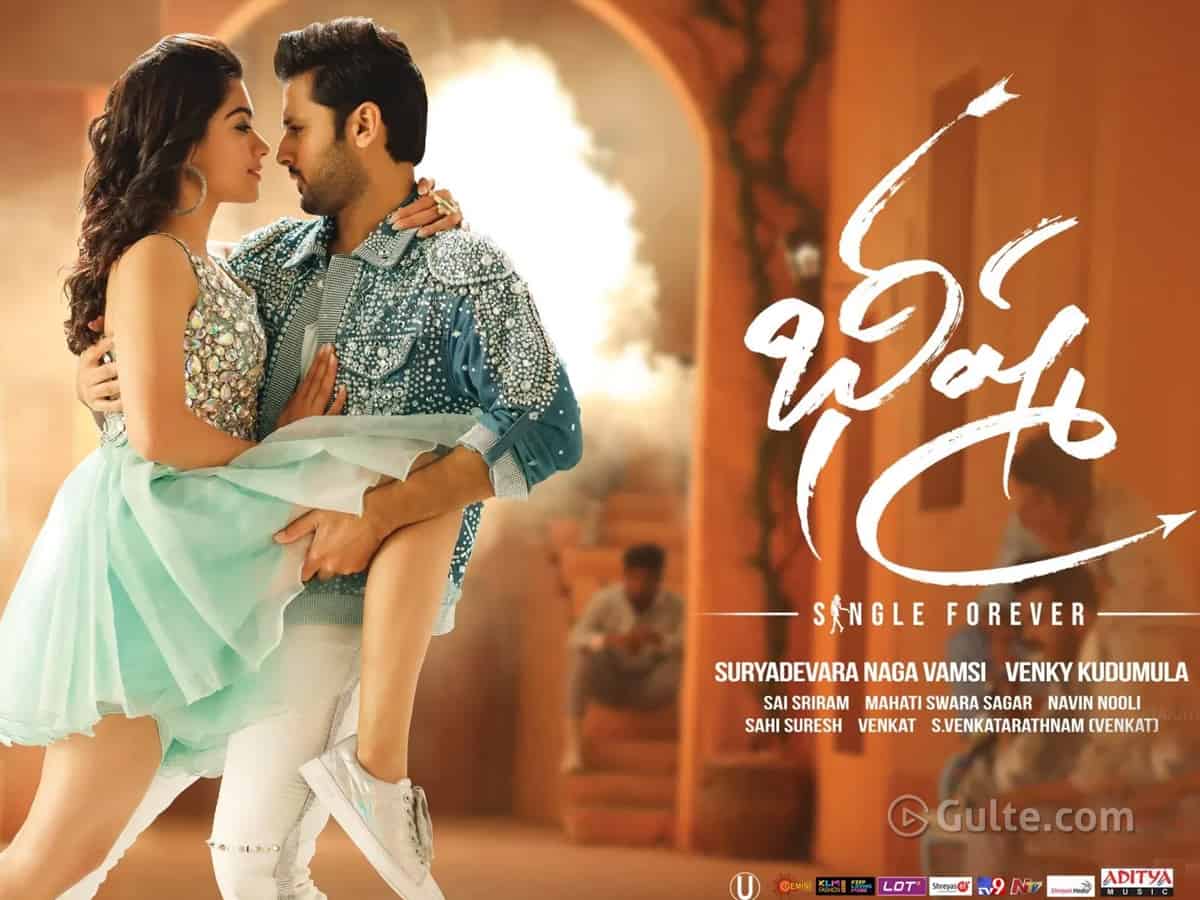 After the super success of Ala Vaikunthapurramuloo and Sarileru Neekevvaru earlier this year, many other small films tried to score a hit but none of them has broken the ice. And the only film that turned out to be the next big hit in Tollywood is none other than Nithin’s Bheeshma movie.

Released on Feb 21st, the film went on to become a super hit for its fresh portrayal of comedy scenes, though the story is not very exciting.

Nithin’s comedy timing, Vennela Kishore’s hilarious presence and Rashmika’s striking glamour in a couple of songs have all helped the Venky Kudumula directorial to make it huge at the box office. Finally, this film has arrived on Netflix and SunNXT today (Apr 25th) after a month’s wait.

Though Bheesma hasn’t stormed into the Top10 charts of Netflix within hours of release, it might go there eventually as Telugu folks are watching all the happening movies these days without any fail. Had the movie released on Prime, there would have been more impact of it however.