#SDT15 Is A Mystical Thriller 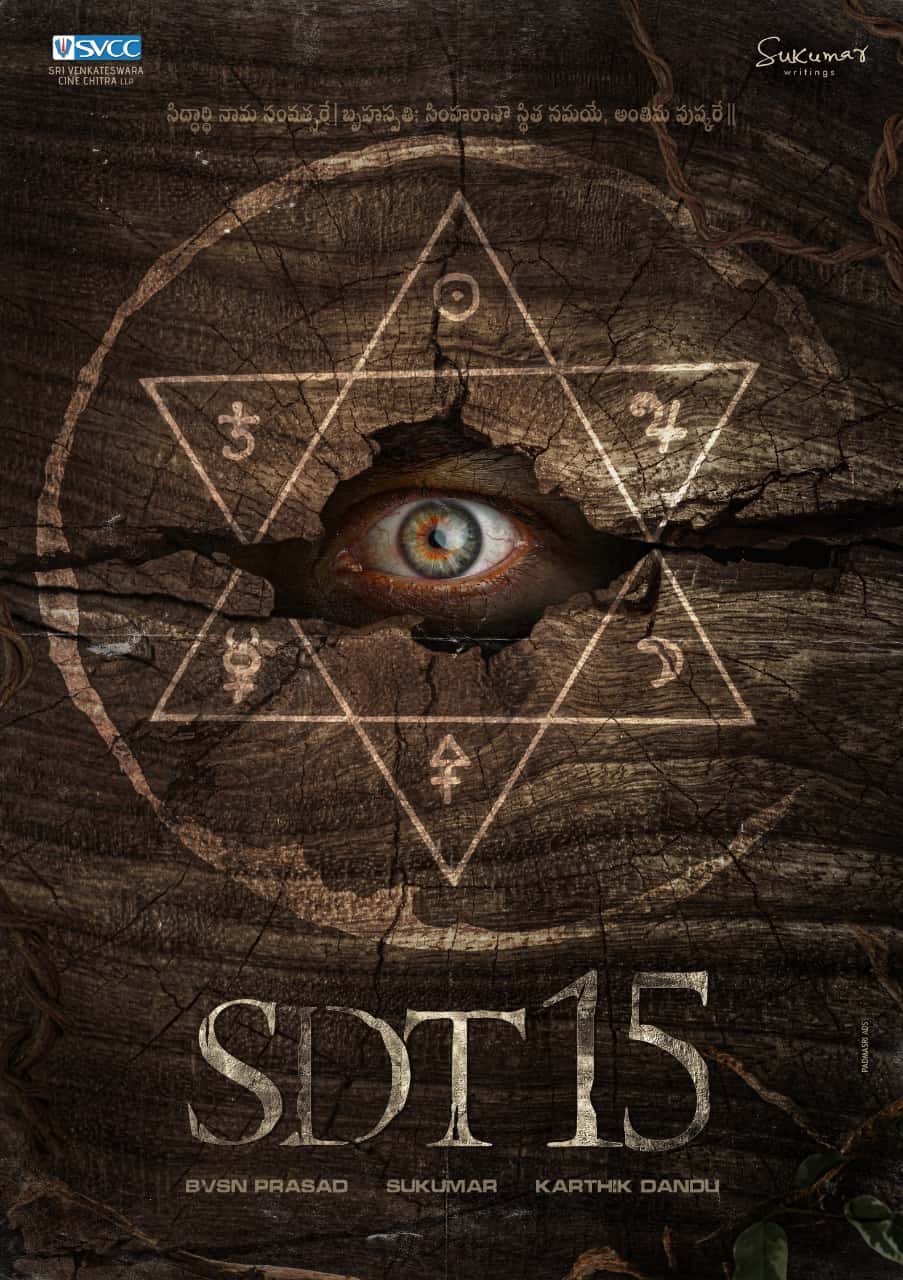 Supreme hero Sai Dharam Tej is lining up as many films as he can. Apart from ‘Solo Brathuke So Better,’ Sai Tej has a film with Deva Katta and now he signed one more. Interestingly, the producers of the film have unveiled a concept poster too.

Touted to be a mystical thriller, the poster has a symbol of ‘Shatchakra’ and an eye in the centre. The concept poster definitely raises the curiosity levels on the film and would be interesting to know the plot.

For the second time, Sai Tej will be working with a newcomer and it is debutante Karthik Dandu who will be helming the project.

Director Sukumar joins this film as co-producer and would be bankrolling it along with BVSN Prasad of SVCC banner.