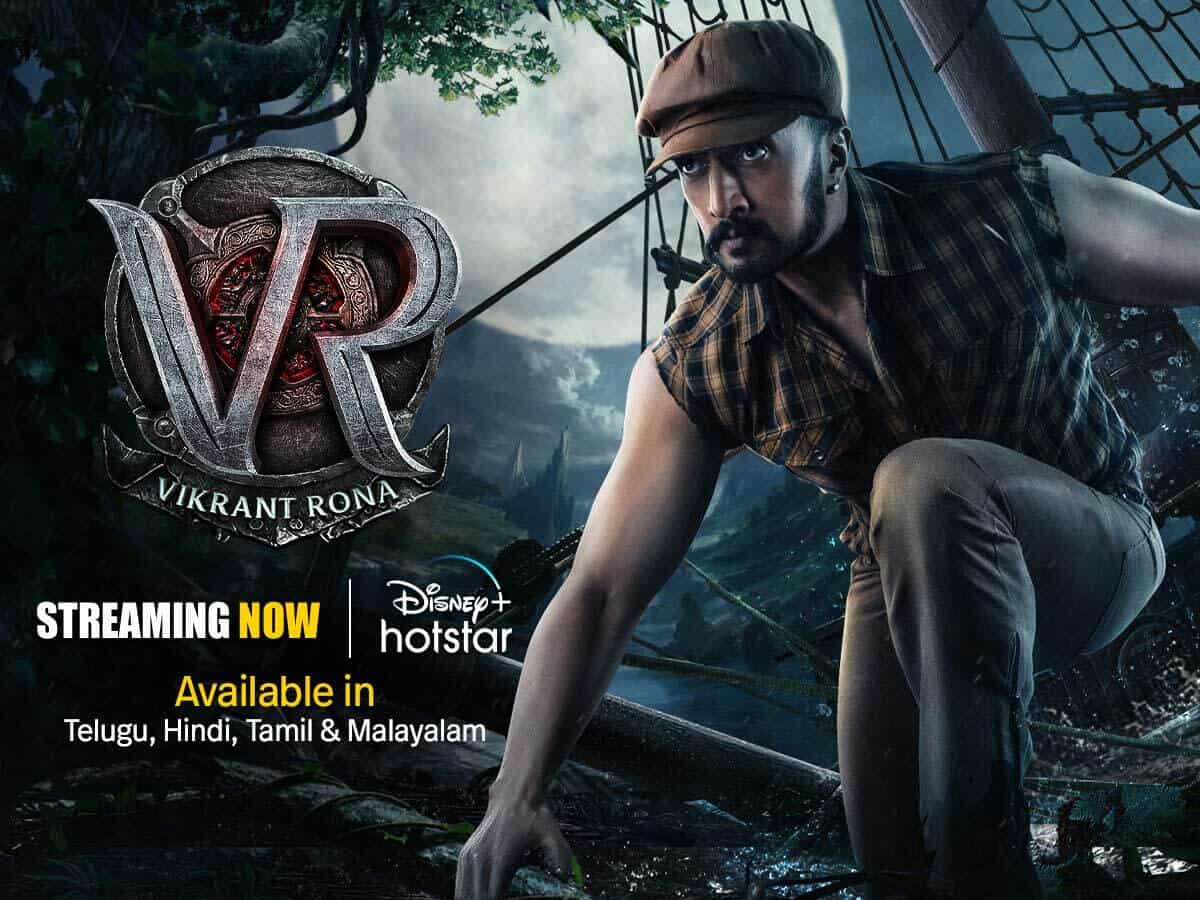 Once upon a time.. there was a DEVIL.

There are films that are mostly about edge-of-the-seat scares, action, and then there’s Vikranth Rona, a new wave that offers brilliant jump scares and haunts you long after you leave the theatre. That is something that not many films can achieve.

Dating back to a time nearly half a century ago, the film’s story is set in a stunning remote village.  A remote village in the middle of a tropical rainforest begins to witness a series of unexplainable events that they attribute to the supernatural powers.

This coincides with the arrival of Vikrant Rona, an eccentric police officer. A mysterious game is being played in which everyone in the village is both a potential victim and a suspect. Is there something the villagers are trying to hide under the guise of fear and horror tales? Trust the fearless Super cop to uncover the new layers of the truth and prove to be the real DEVIL that needs to be feared.

The film has been especially lauded for the visuals and stellar performances by the characters.

Audience can soak in the magnificent visuals and enjoy the wonderful music of the film. Watch Vikranth Rona, already available on Disney Plus HotStar.

CLICK HERE!! to stream ” Vikrant Rona” Movie Only On “Disney Plus HotStar”