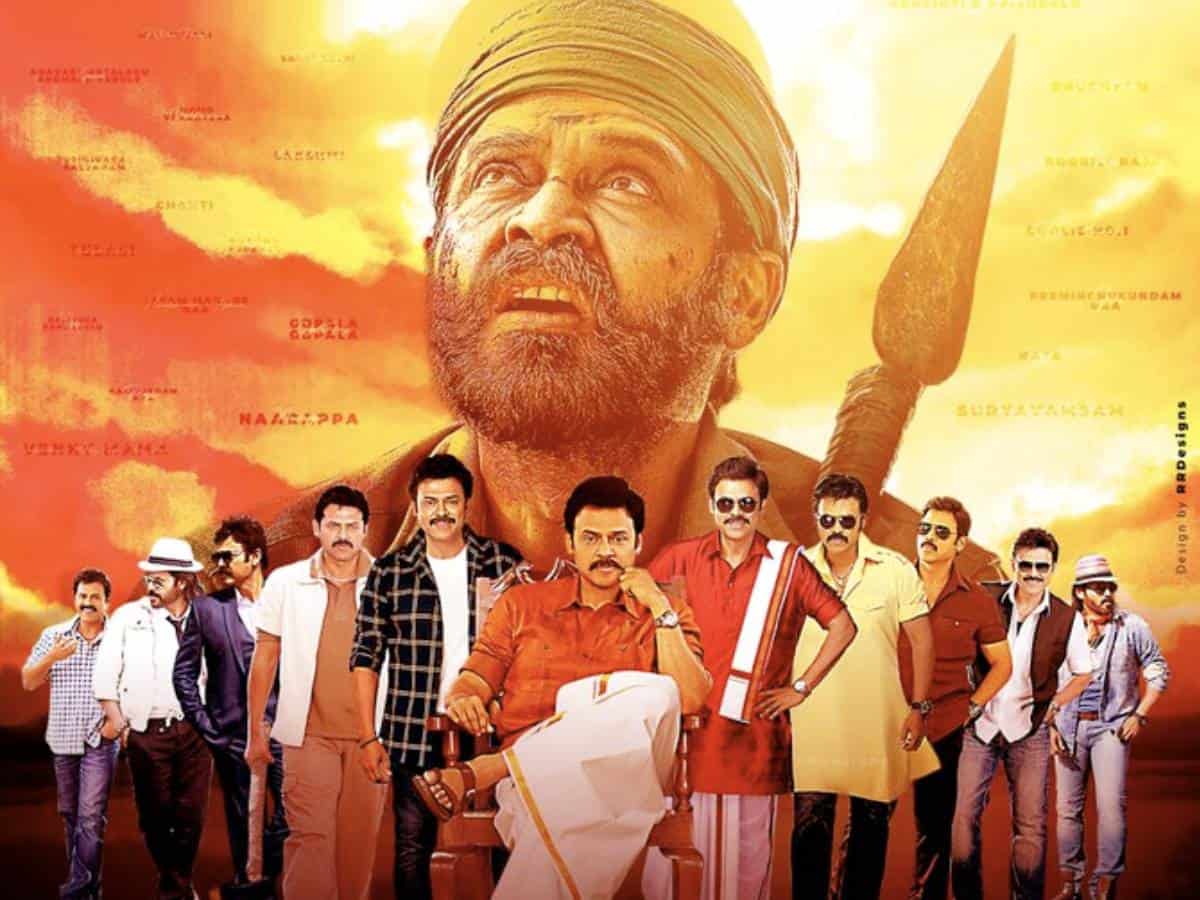 After enjoying the moderate success of Venky Mama at the box office, senior hero Venkatesh has moved to the remake of ‘Asuran’, while lockdown and Covid-19 pandemic gave a temporary break to everything. And to finalise his next project after Narappa, here is what worrying the Daggubati brothers.

When it comes to landmark movies, recently we have seen Nandamuri Balakrishna picking up Gautamiputra Satakarni for his 100th film while Chiranjeevi selected Khatthi remake Khaidi No 150 for his own landmark movie. While both did well, they are not super successes that redefined Tollywood or gave a new image to those senior stars who are already matinee idols.

Keeping all these things in mind, Venky’s next, which happens to be his 75th film, Suresh Babu and his younger brother are taking huge precautions. They want to come up with a memorable film at any cost and for the kind of confusion usually, Suresh Babu has in picking stories, this is adding to it.

While the likes of Puri Jagan, Trivikram and Kishore Tirumala have already narrated their stories to Venky and Suresh, and with Tarun Bhaskar already ready with another script, we have to wait and watch which director will carve the senior hero’s 75th film.