Watch: The Ghost Romance With Sonal 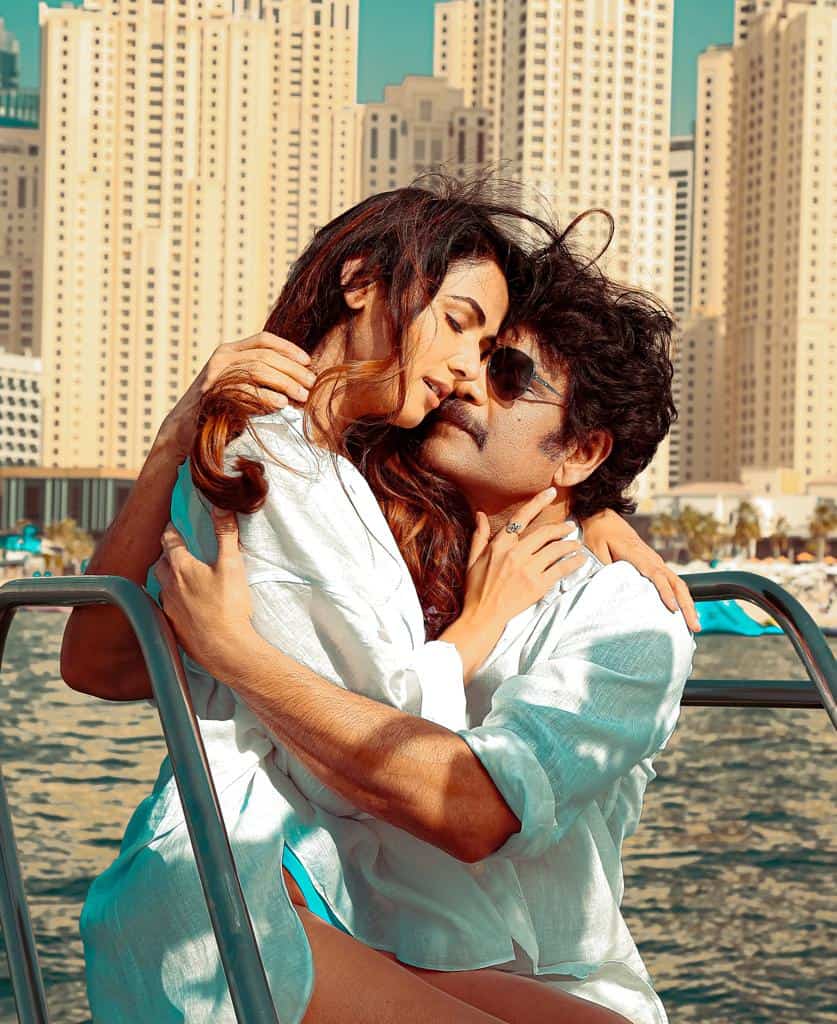 Nagarjuna is the evergreen romantic hero of Tollywood. His upcoming film The Ghost under the direction of Praveen Sattaru is an intense action thriller laced with family drama. If you are wondering whether there’s any space for romance in the film, the answer is yes. The film’s first song Vegam shows the bold romance of Nagarjuna and Sonal Chauhan.

Music has been scored by Bharath and Saurab. The singing and composition are superb. A romantic track with techno beats, this song is an instant hit. Kapil Kapilan and Ramya Behara have crooned the song, while lyrics are by Krishna Madineni. It is modern, and also haunting at the same time and the visuals are equally good.

Nag and Sonal appear as a romantic couple enjoying their romantic date in Dubai. Nag looks at his stylish best and Sonal has oozed glamour. Both played Interpol officers in the movie.

The film produced by Sree Venkateshwara Cinemas and Northstar Entertainment is being made on high budget and there will be grandeur in every scene.