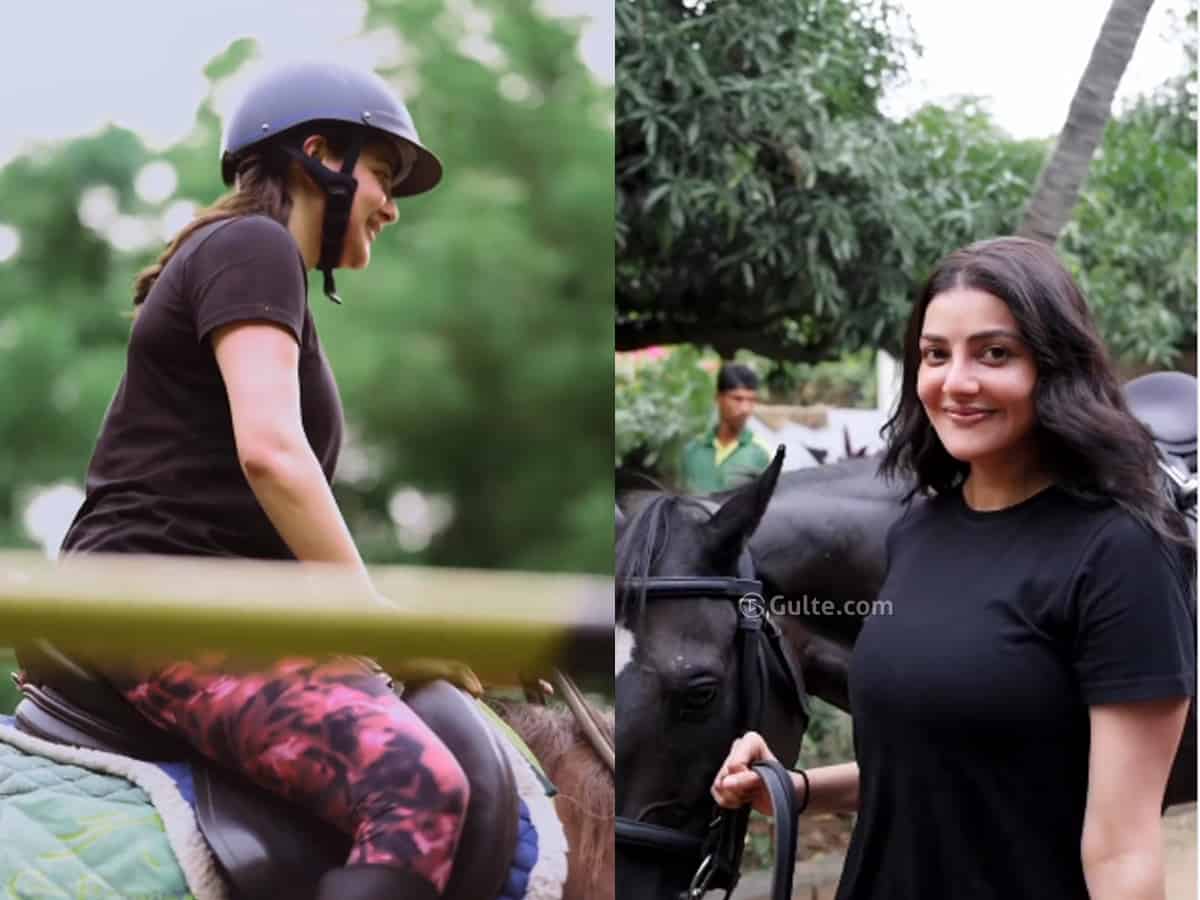 Of course, many star heroines took a long break after giving birth to their first child but ace siren Kajal Aggarwal wants to get back on the sets just four months after their son was born. But then, we are hearing that fitness issues are plaguing the actress from getting to film shoots so fast. The actress has today explained the same.

Sharing a video, where she was seen practicing horse riding at a training facility, Kajal stated that post the delivery she’s unable to take up long workdays and taxing amounts of physical activity. “It’s been hard to get back my energy levels. Mounting a horse, let alone riding it seemed like a huge task”, she articulated, adding that martial arts training is also not happening easily for her now though it would happen just like that earlier.

But still, Kajal is trying to work out very hard, and how where does she pick the energy from? “Our bodies will change but our indomitable spirit and burning passion, need not’ she adds, as she kicked sweat while riding the horse in the sunny climate. Definitely, Kajal Aggarwal’s words are awe-inspiring and we hope she would get into shape soon, and join the sets of her film Indian 2, where she will be romancing Kamal Haasan.