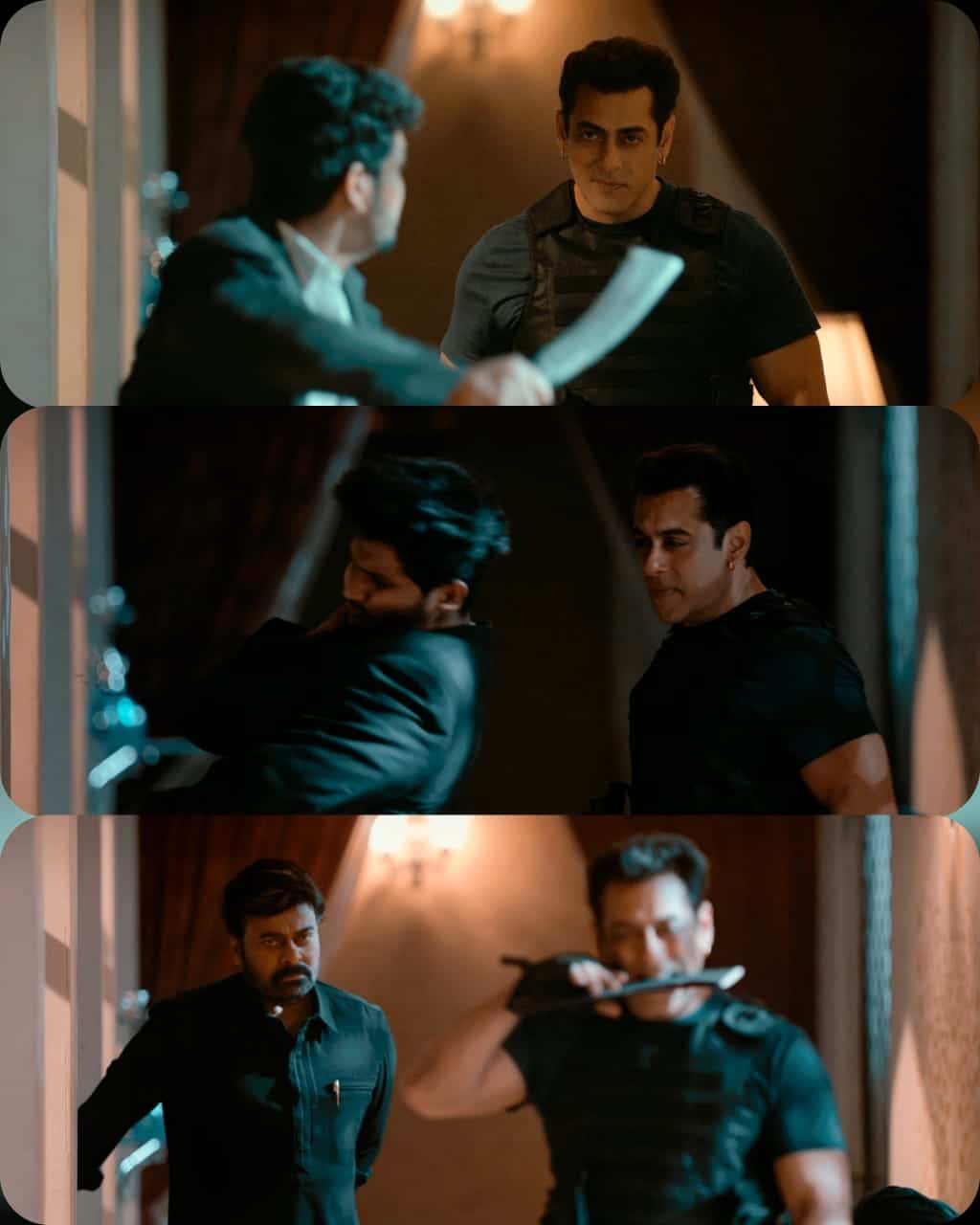 Megastar Chiranjeevi is currently busy with the promotions of his next film titled Godfather. Mohan Raja is the director of the film. The film features Bollywood superstar Salman Khan in a crucial character. Salman Khan reprises the role of Malayalam star hero Prithviraj Sukumaran from the original. Interestingly, the trailer features glimpses of Salman Khan, and the fans are going gaga over it on social media. However, some of the mega fans are wishing to see Pawan Kalyan in the role.

Now that, everything is over, and there is no chance to see Pawan in the film but there is no end to our imagination. A particular shot from the Godfather’s trailer has both Chiranjeevi and Salman Khan in a single frame. Salman pins down a goon and holds the sickle between his teeth while Chiru is walking in the background with a swag.

Imagine Pawan Kalyan in Salman Khan’s character and the frame would have generated crores of advance bookings and revenue for the film. At least, some day, let us hope that Mega Star and Power Star come forward to do a film together.