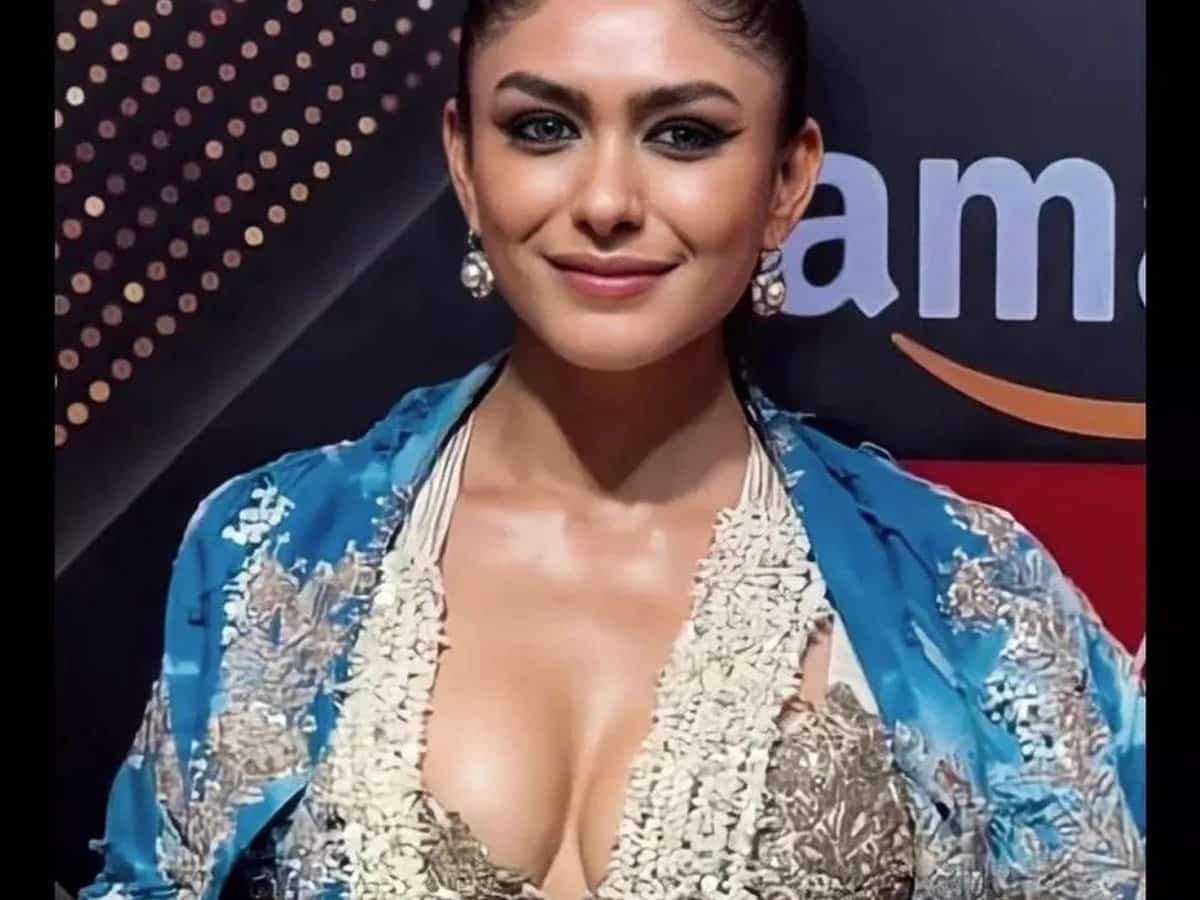 Ever since the film “Sitaramam” turned out to be a money spinner at the box office, the film amassed huge fans for two people. One is for the director Hanu Raghavapudi and the other one is for lead heroine Mrunal Thakur. However, after watching her in the role of Sita aka Princess Noorjahan, these newly formed Telugu fanbases are getting upset with the actress for a reason.

They are now getting upset that she’s no Sai Pallavi off the screen, but spicier than a Samantha. Other day when Mrunal turned up at an awards event in a ravishing avatar making the onlookers go jaw-dropped with the kinds of glamour dose she flaunted. In fact, Mrunal was always this glamorous and she never chose to appear simple but is more inclined toward flaunting her curvaceous charms all the time.

Apparently, Mrunal tried her luck with TV serials first, made a name there and then acted in lots of TV commercials as well before taking up character roles in Bollywood movies. And then she has done as a lead in a couple of Hindi films, and those didn’t work. Finally, she scored a big bang with Sitaramam and that made many Telugu filmmakers run after her.

Now that these new fans are watching that side for the first time, many memes are also popping up on the actress. We have to see what kind of call Mrunal will be taking now owing to this reaction from her latest fans.