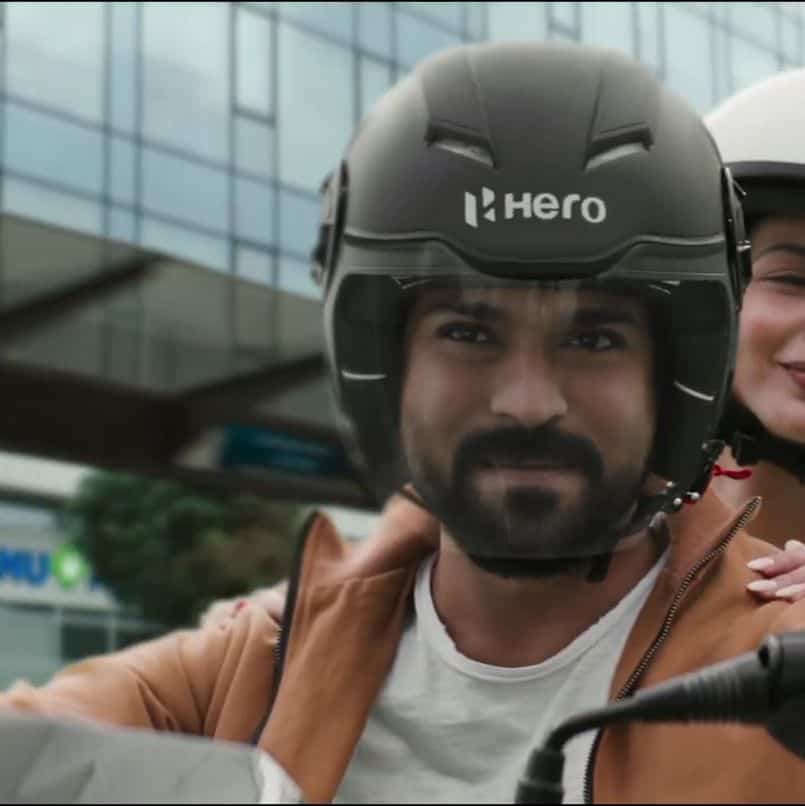 Gulte.com has first revealed that Mega Powerstar Ram Charan is all geared up to become the brand ambassador of India’s top motorcycle manufacturer “Hero”. And finally, the day has come as Hero today released the pictures of Ram Charan from the upcoming Hero Glamour bike commercial they are coming up with.

After the super success of “RRR” at the box office, many thought that Ram Charan will take off with some interesting projects but he kept silent most of the time as Acharya’s flop show hit him hard. At the same time, his film with star director S Shankar, #RC15, got halted as the director first wants to complete the pending “Indian 2” owing to the Court cases lodged by producers on him. With Ram Charan sitting idle, and as it appeared so, fans started to disappoint a lot. However, “Hero” has made them super happy now.

On the films front, Charan is said to have canceled his next with young director, Jersey fame Gautham Tinnanuri, as the final draft of the script isn’t so impressive and not meeting his star power and image. He is on the lookout for directors now while couple of happening Tamil and Bollywood directors have already narrated him stories.