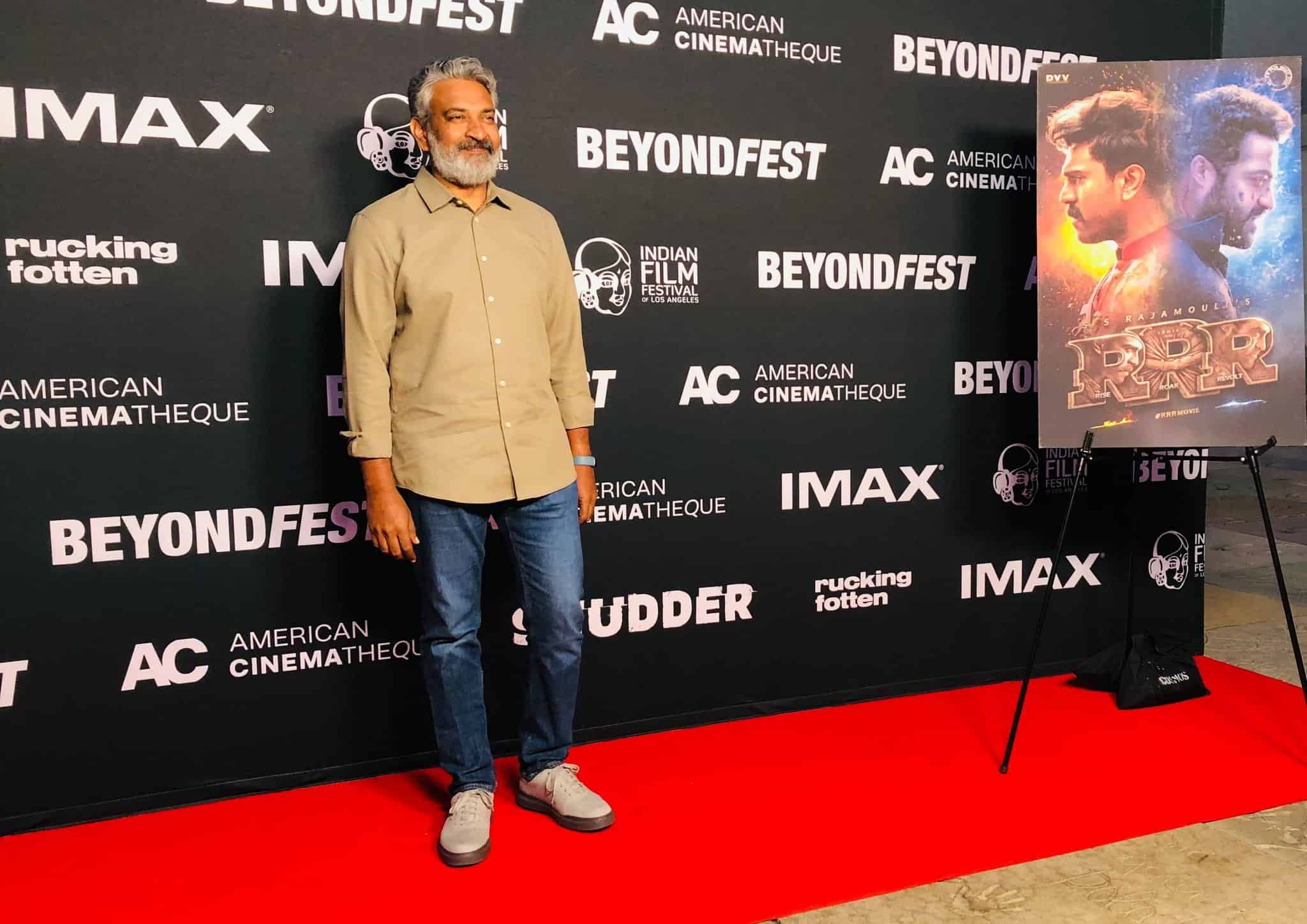 Sensational filmmaker Rajamouli is in Hollywood for the special screening of RRR at the world’s biggest IMAX screen located in Chinese theatres in Los Angeles. The film is being screened as a part of Beyond Fest. Amidst the debate that RRR should be given an entry at the Oscars, the screening garnered big attention from everyone.

The film’s screening is currently in progress and Rajamouli interacted with the audience that gathered to watch the film, before the screening. He was beyond shocked and surprised to see a full and grand attendance for the screening.

Addressing the big crowd, Rajamouli said, “I was imagining that I was coming to America but it looks like a place called Ameerpet in Hyderabad, my home town.”

Rajamouli is India’s finest, biggest, and grand visionary filmmaker who made the Telugu Cinema and the Indian cinema proud.

Post the film’s screening, Rajamouli is expected to take the questions from the audience. We have to see if he reveals anything interesting.