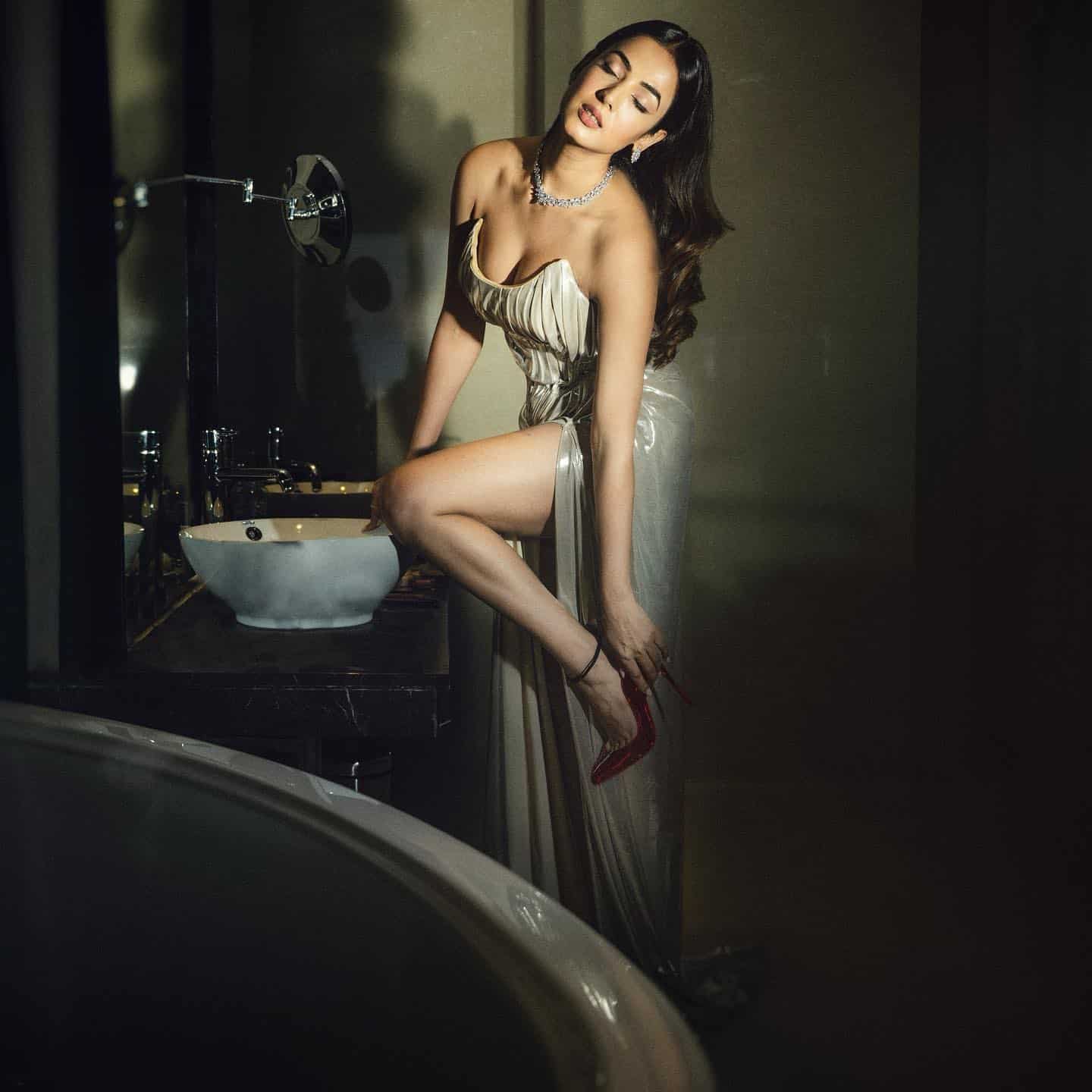 Actress Sonal Chauhan made her debut in Hindi with Jannat, but she made her presence felt among the South audience, particularly in Telugu. Sonal Chauhan is very well known to us for her films with Balayya, the recent F3 and now she is coming with Nagarjuna’s Ghost.

Sonal Chauhan will be seen in an action-packed role yet with romantic teases in the film The Ghost. The actress is busy promoting the film which is releasing in one day. Well, Sonal stunned all with her mindblowing look in her silver gown, during one of the promotion events in Chennai.

The Ghost beauty shared pictures of herself in the strapless silver sequin dress with a thigh-high slit. The poses are raising the temperatures while she captions the pictures, ‘Silver Linings …. ✨✨’

Sonal Chauhan’s The Ghost is releasing worldwide on October 5. The actress will be seen in Prabhas’ Adipurush also.