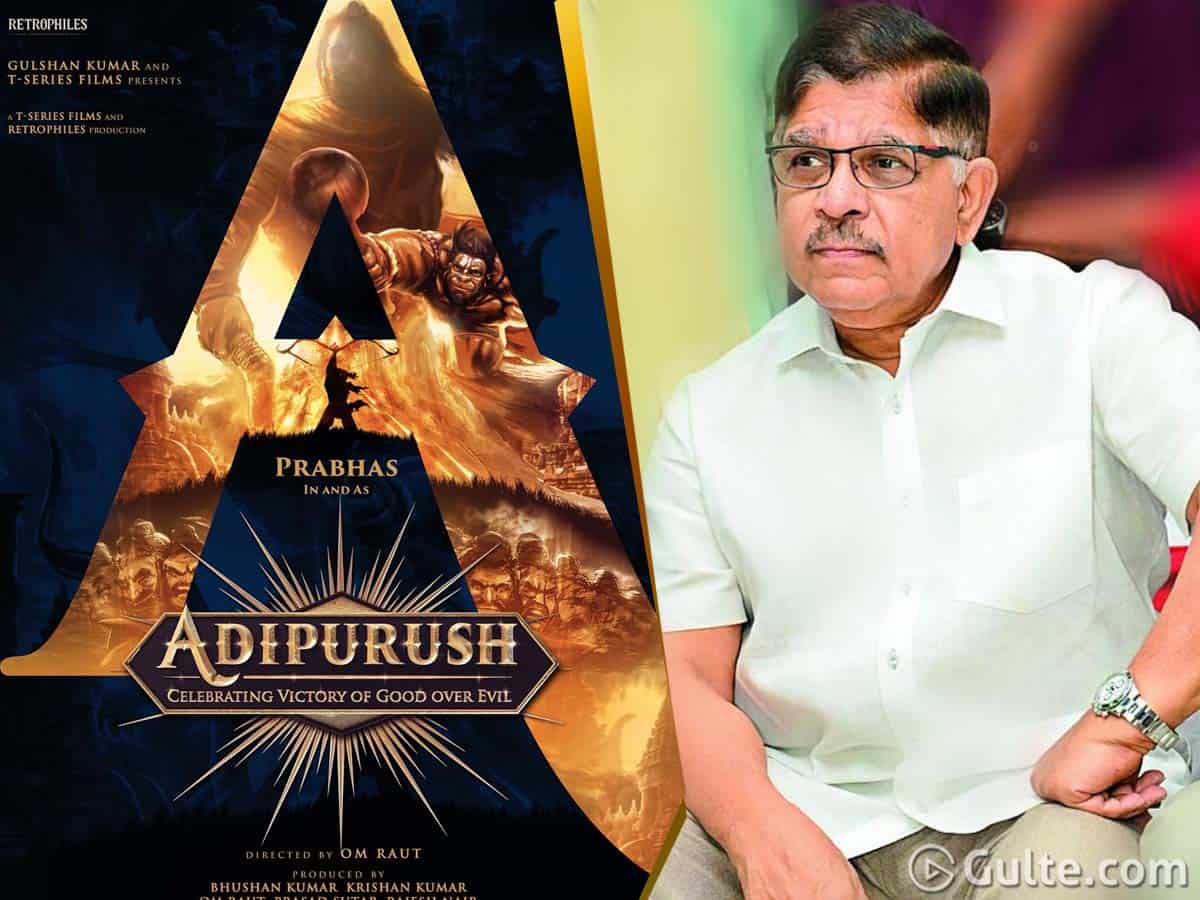 Apparently the big question that is lingering in the minds of many Tollywood audiences after the announcement of Prabhas’ Adipurush is, what happens to the mega budgeted Ramayana of Allu Arvind now. Teaming up with two Bollywood producers, Arvind announced that they are coming up with a trilogy on the epic, under the direction of Dangal fame Nitish Tiwari.

Now that Prabhas’ has taken up Ramayana inspired mega bdugeted visual effects bonanza under the direction of Om Raut, surely it will be a bad idea if Arvind goes ahead with his Ramayana project. Even if Bollywood big heroes and production houses back Arvind’s Ramayana, bringing out two films of the same genre, story and similar big budgeted feat is not advisable.

We are hearing that Arvind has dropped the plans of making this movie as director Nitish Tiwari is asking for more time for pre-production and is said to be asking for Hollywood VFX companies aboard. Now that Prabhas has come up with Adipurush, Arvind’s decision to call off Ramayana movie will be well justified.

Some insiders also added that Arvind is interested to do only remakes of hit Telugu movies in Hindi arena right now rather dabbling with these high budgeted originals.