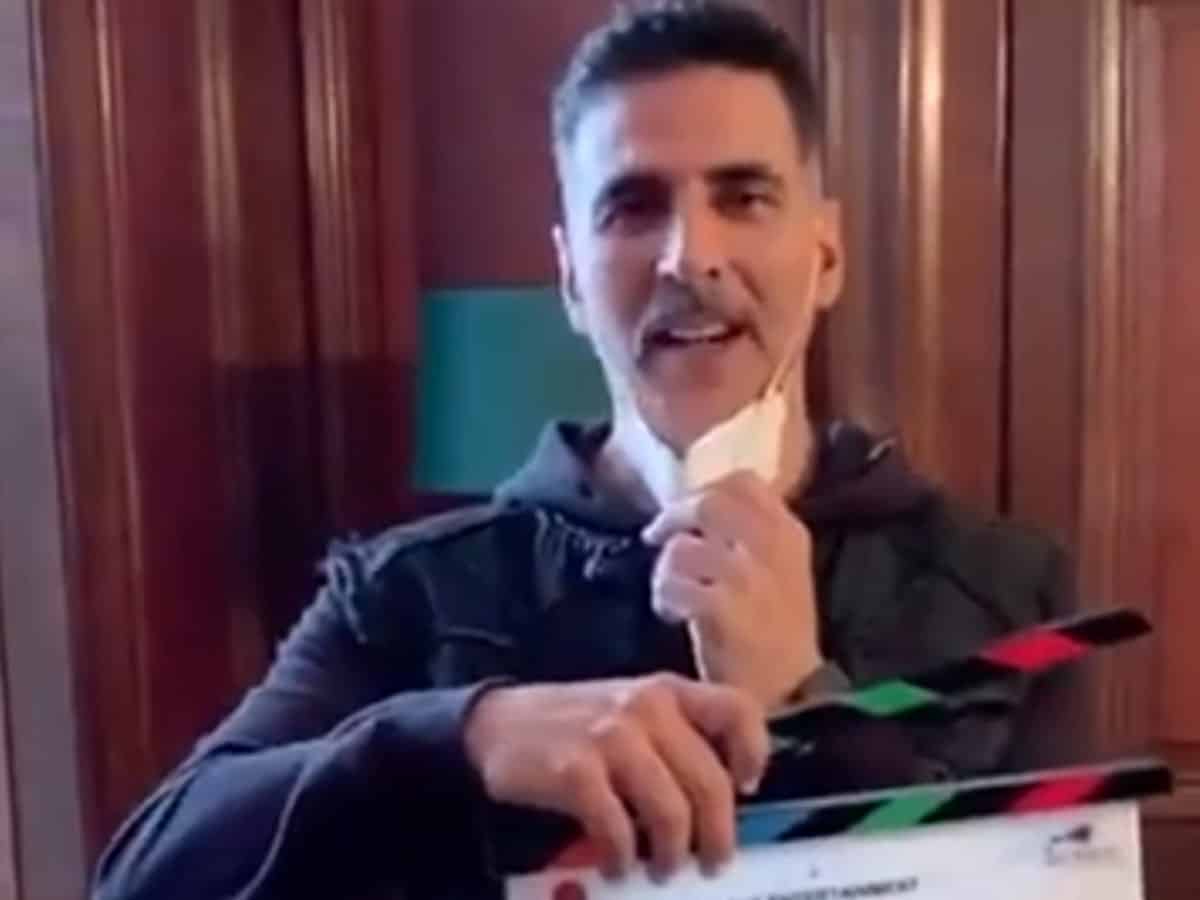 Forget about re-starting shootings, Tollywood heroes are yet to come out of their houses for at least some ad shoots and other stuff. However, Bollywood is leading by example when it comes to this aspect and today superstar Akshay Kumar has revealed what it is like to shoot amidst the pandemic.

Akshay has shared a video of him possessing a clapper board of their film “Bell Bottom”, holding which he said, “Lights, Camera, Mask On and Action” is going to be the new mantra on the sets every day.

Recently the whole cast and crew of Bell Bottom have left for Scotland in a special chartered flight in order to kick start the shooting. After scouting for locations and staying in self-quarantine for 14 days in Scotland, the team has started the shooting from today.

When it comes to Tollywood, no hero or any small budgeted film to that matter has started the shootings of their films. But then, senior star Nagarjuna Akkineni has dared to face the sets as he is getting ready to shoot for #BiggBoss4 reality show. Maybe other heroes will slowly start following these superstars and their way of operating on the sets amidst the global pandemic.