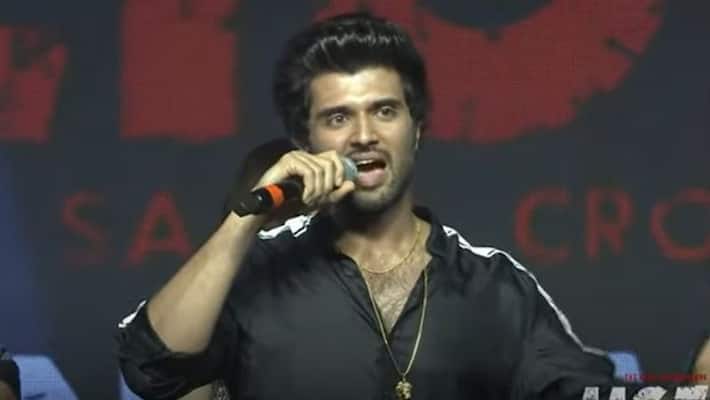 Everyone is eagerly waiting for sensational star Vijay Devarakonda to open up after the drastic failure of “Liger” at the box office. Because he completely disappeared from the circuits after the film failed to put up a show though he expected that the Puri Jagan directed movie would become a sensational blockbuster at the box office throughout India.

After the release of Liger on August 25th, Vijay D might have got shocked by the result and we hear that it has upset him a lot. But he hasn’t spoken much anywhere about the film or his current state of mind post this release. A month later, he has now appeared on the stage at the pre-release event of the “Prince” movie and impressed everyone with his demeanour.

Speaking on the occasion, he said, “I watch Anudeep’s videos, a lot of them, including his interviews and funny speeches, which are my guilt trip to relieve from any pressure I’m going through”. Later he heaped praises on hero Siva Karthikeyan in a big way. “Siva anna started as a character artist, became a hero and a star, he producers films and writes lyrics, and what not, his journey is terrific and awe-inspiring. For us movie is life, we eat, sleep and love them always. But I felt sad when Sivakarthikeyan Anna turned emotional on the stage”, said VD, in an emotional tone.

While the speech is simple without his usual aggression and timing, it is sweet and touching. It looks like he is out of “Liger” result for the now, though the pain he’s going through could be felt when he stressed on the line how actors breathe, eat, live and love cinema.