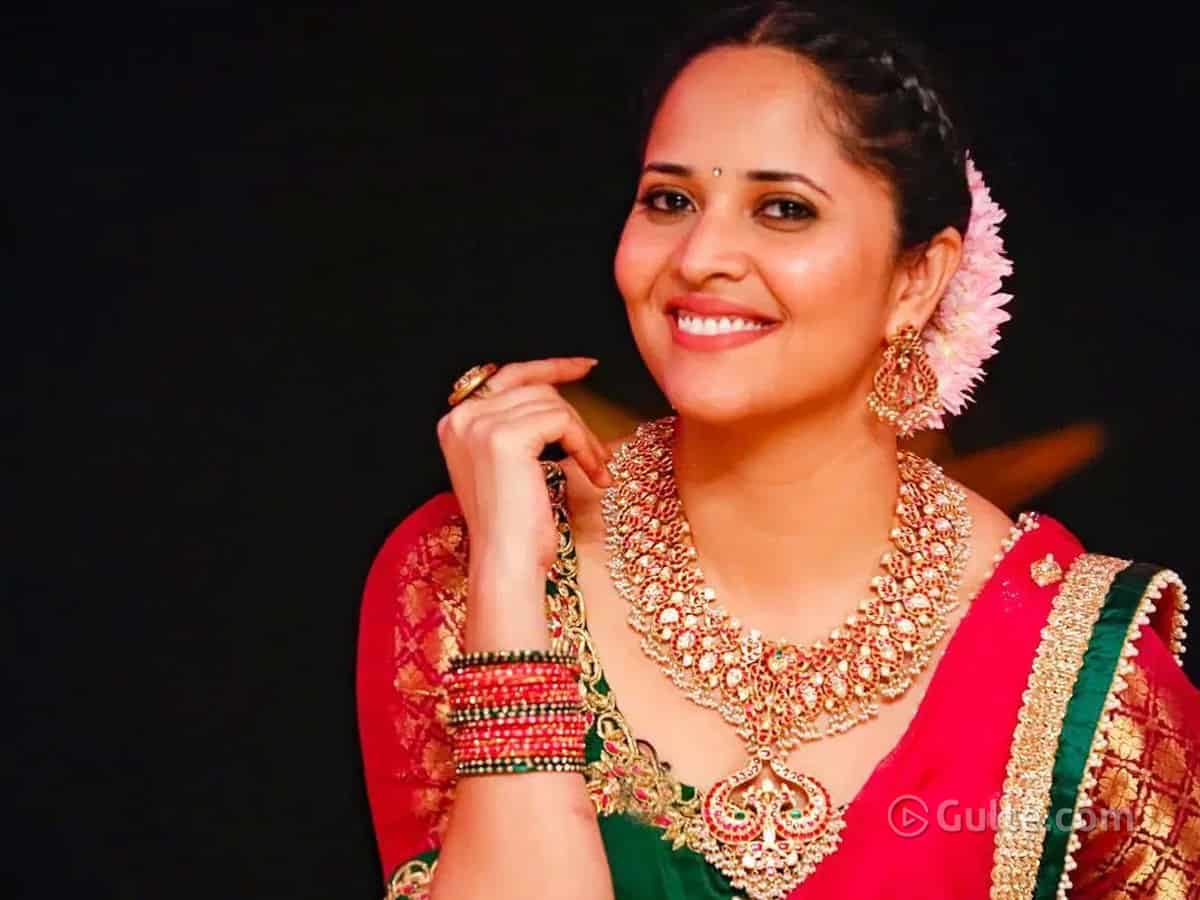 For a long time, anchor Anasuya, who is known for her glamourous teasings on the small screen, has kept saying that she will not do any glamour stunts on the silver screen. However, her spicy looks asRangamathha in Rangasthalam movie have enthralled her fans. With her acting prowess also impressive, many felt that she got a huge break.

However, the latest buzz has that Anasuya is out of Allu Arjun’s Pushpa. Had the shooting got started on time without lockdown issues, then she would have shot for her role already. But then lockdown came and Pushpa first look in five languages got released, which received tremendous response. Due to that, the team of Pushpa is now contemplating to cast an actress who has a face value in Telugu, Tamil as well as other south Indian languages for the role Anasuya is gonna play, say sources.

While Anasuya has films like Krishnavamsi’s Rangamarthanda in hand, surely a Sukumar’s film will always do wonders.