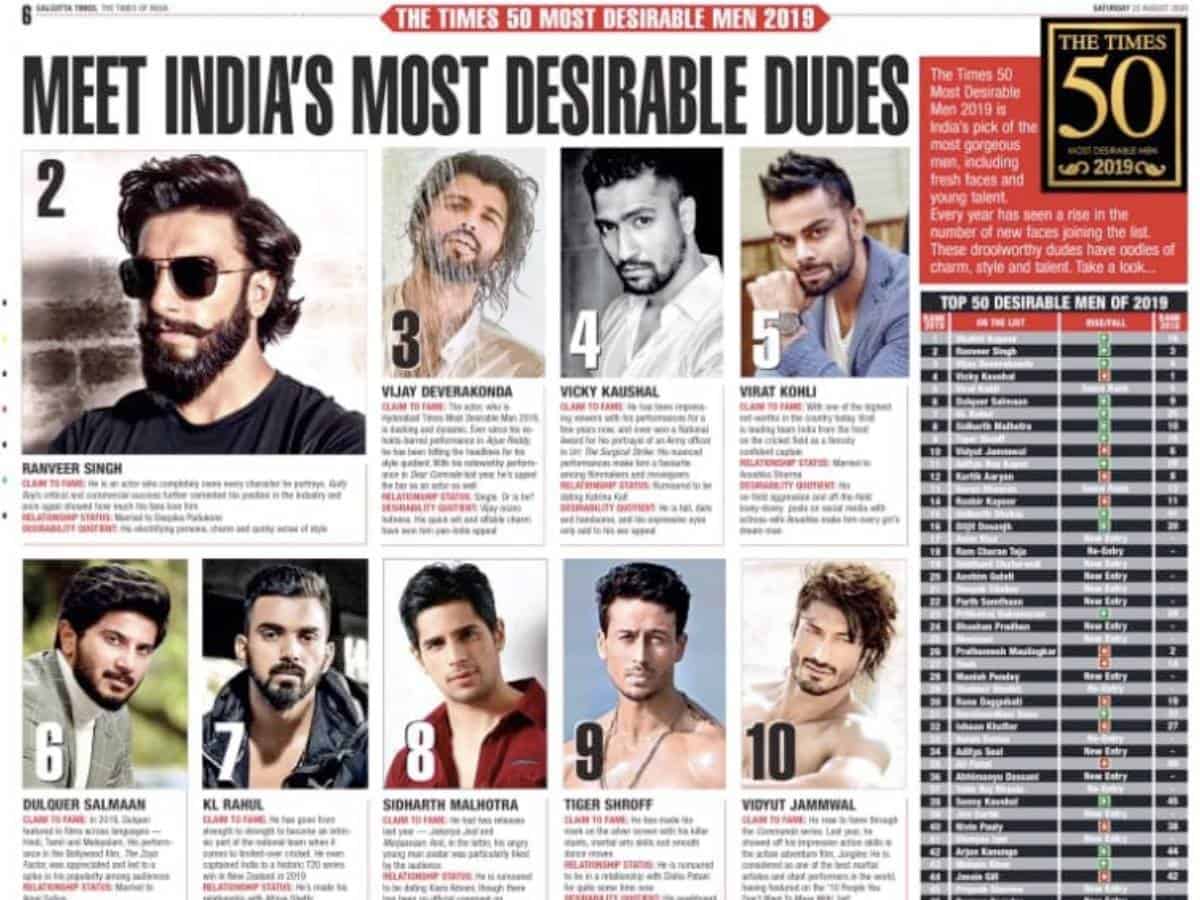 Like every year, here is the list of 50 Most Desirable Men 2019 by Times. The men in India from many fields are ranked based on votes in an online poll, while the internal jury adds the inputs. There are many from the previous year list and there newcomers who barged into the list with their charm, talent, and of course sex appeal.

Bollywood actor Shahid Kapoor is on the top spot this year, and the major factor seems to be his Kabir Singh role for bagging the top spot. Shahid opines that desirability is very subjective and he thinks there are taller, better looking, and more muscular and intelligent men out there. In a surprise, Shahid Kapoor’s choice of ‘The Most Desirable Woman’ title should be won by Kiara Advani, his ‘Preeti’ from Kabir Singh.

Well, after Shahid Kapoor took away the Most Desirable Man of 2019 place, here is the list that followed him in the spots after.

Ranveer Singh with his Gully Boy stole the major attention, along with his sense of style and charm. He took away the second spot.

Our own Vijay Deverakonda stood at Third spot in 50 Most Desirable Men 2019 with his quick wit and hotness.

Vicky Kaushal claimed to bigger fame with Uri, as an army officer and is now the fourth most Desirable Man Of 2019 list.

Virat Kohli, Dulquer Salmaan, Cricketer KL Rahul, Siddharth Malhotra, Tiger Shroff, and Vidyut Jammwal got their place in the top 10 Most Desirable Men 2019 according to Times.