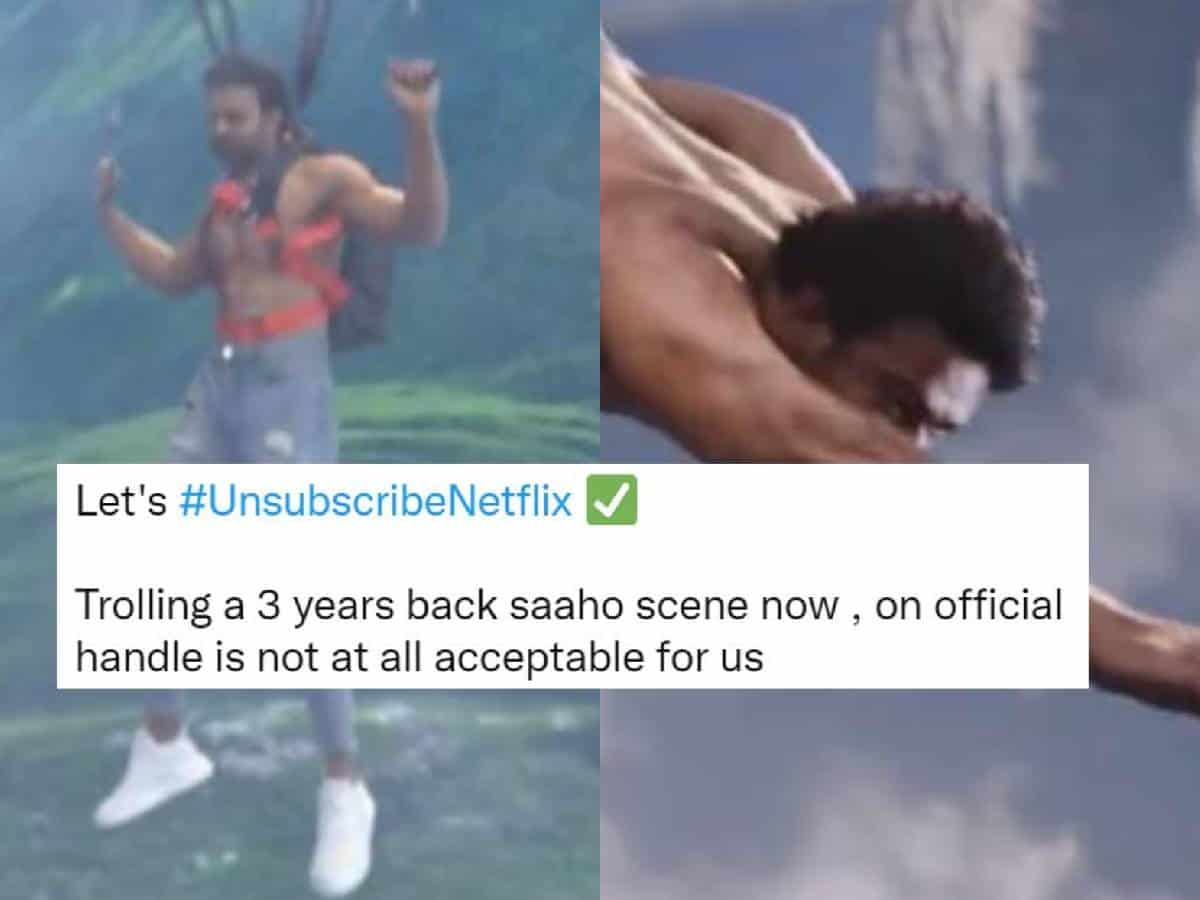 Saaho is one of the biggest disasters in the career of Prabhas. Directed by Sujeeth, the film has failed big time at the box office. Interestingly, the film gets attention now and then on social media. Now, the top streaming giant Netflix trolled the film, and it angered Prabhas’ fans.

The official Netflix account of Indonesia shared a clip from the film where Prabhas was attempting Banzai Skydiving, and then throws a bag off a cliff and then appears to glide through before catching the bag, which opens up into a parachute.

Sharing the video, Netflix wrote, “Kamu NeeenYha ini akSi apAa?” and it means, “What action is this?”

Most of the netizens, including the fans of Prabhas, raised objections to this post. The fans are highly disappointed with the trolling attempted by Netflix on Prabhas. They instantly canceled their Netflix subscriptions, while a few have uninstalled the apps as a protest against the streaming giant.

Recently, post the release of Pathaan, many compared it with Saaho and praised Sujeeth for coming up with a quality product when compared to the SRK starrer.