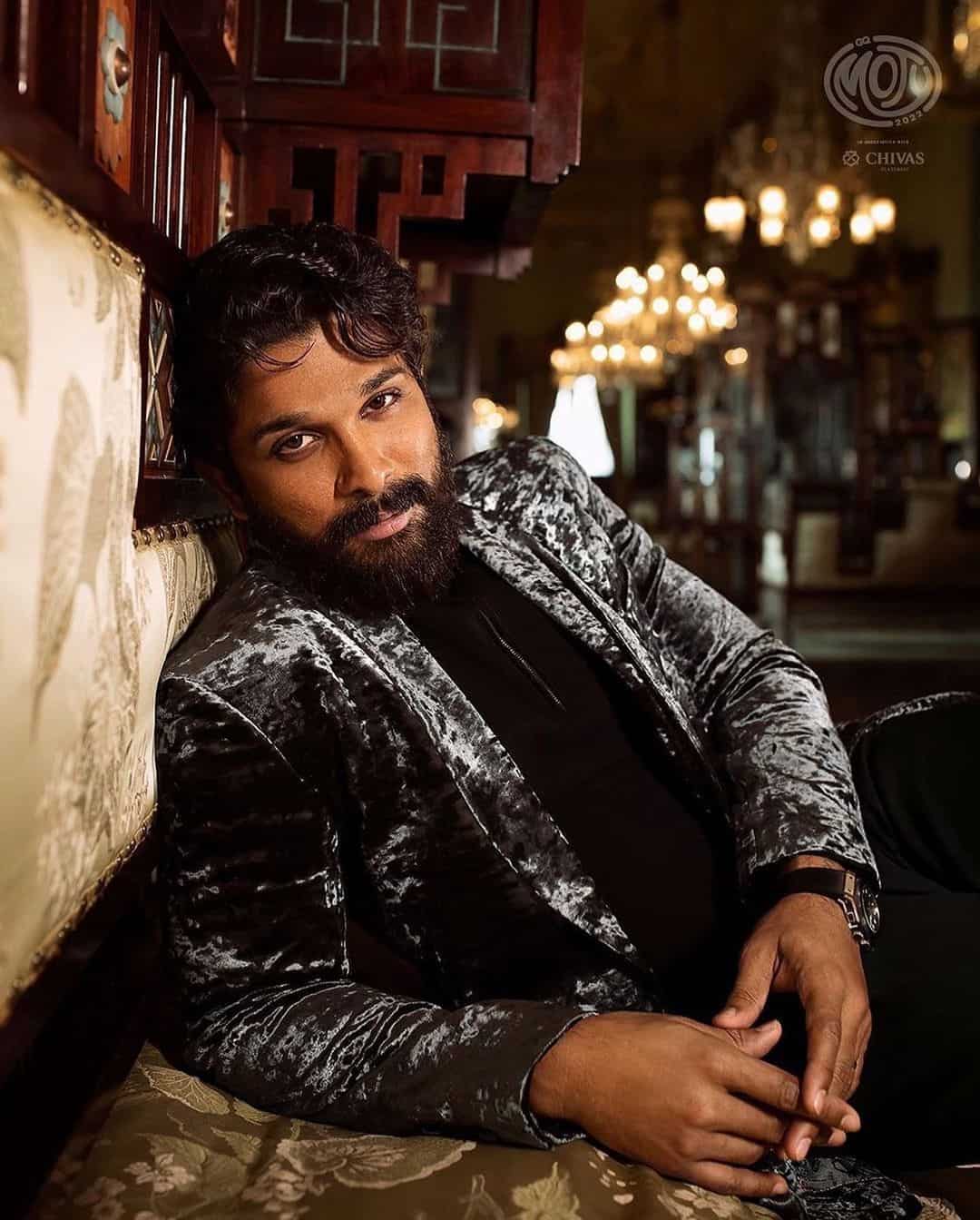 Pushpa can be called the right movie at the right time for Allu Arjun. He emerged as a star performer in the last 20 years, but Pushpa is the movie that placed the global film culture spotlight on him. Allu Arjun is transcending the borders with his Pushpa fame and is now everywhere. The actor went on to claim his ‘Indian of the year 2022’ at CNN 18 felicitation, and now he is being featured on the famous GQ MOTY awards 2022.

Allu Arjun is being called the ‘Leading Man’ for the GQ awards 2022 for MOTY, Men Of The Year. He looked super dapper in his photoshoot for GQ. Allu Arjun appeared in a Troy Costa blazer and jumper while he wore Canali trousers. The look was further enhanced with the watch by Hublot and shoes by Christian Louboutin.

The extremely stylish and grand photoshoot done at Taj Falaknuma was handled by Mihir Shah and Megha Mehta. The pictures were shot by the very talented celebrity photographer Manasi Sawant.