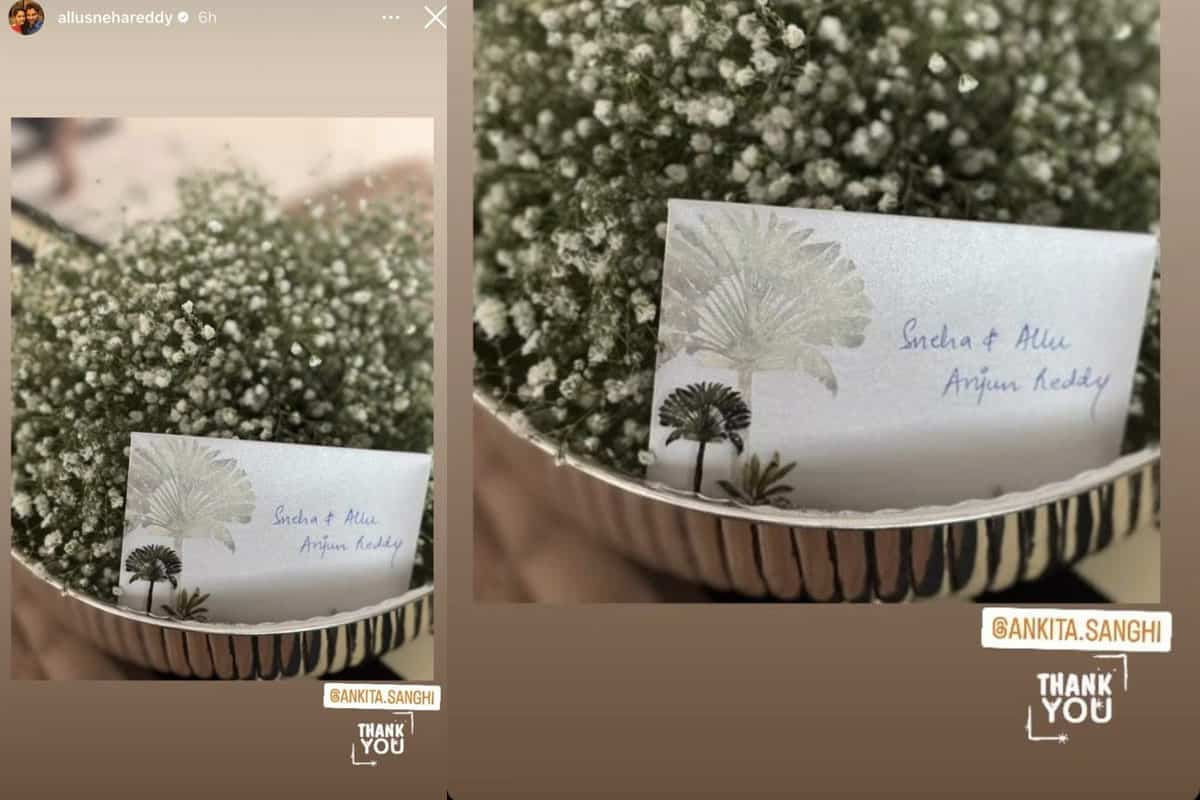 Apparently, an image shared by star hero Allu Arjun’s wife Sneha Reddy is right now going viral on the internet for the name written on it. The name reads “Allu Arjun Reddy”, and now people are discussing it a lot. Here’s what actually happened.

Recently Sneha and Allu Arjun went to South Africa to take part in a wedding and during this time, the star’s wife received many presents and invitations to various events. After coming home, she took pictures of the invites, gifts and others, and shared them on her Instagram posts. Of them, a bouquet gift sent by one Ankita Sanghi, who runs a luxury exhibition for moms and kids in Hyderabad, has surprised Sneha’s fans.

On the gift card, the sender wrote “Sneha And Allu Arjun Reddy”. Maybe with Sneha calling herself Allu Sneha Reddy after marriage, the sender might have thought that the “Reddy” suffix came from Allu Arjun only. As it is tough for north Indians to understand the naming conventions of the south, this mistake might have happened. While we carry surname before the given name, in the north it is often taken as a second name, which comes after the given name.

And everyone knows that Allu Arjun hails from the Kapu community and Reddy will not be a suffix to him, while Sneha belongs to Reddy community.