RRR Producer Asks, What Were You Doing Then And Now? 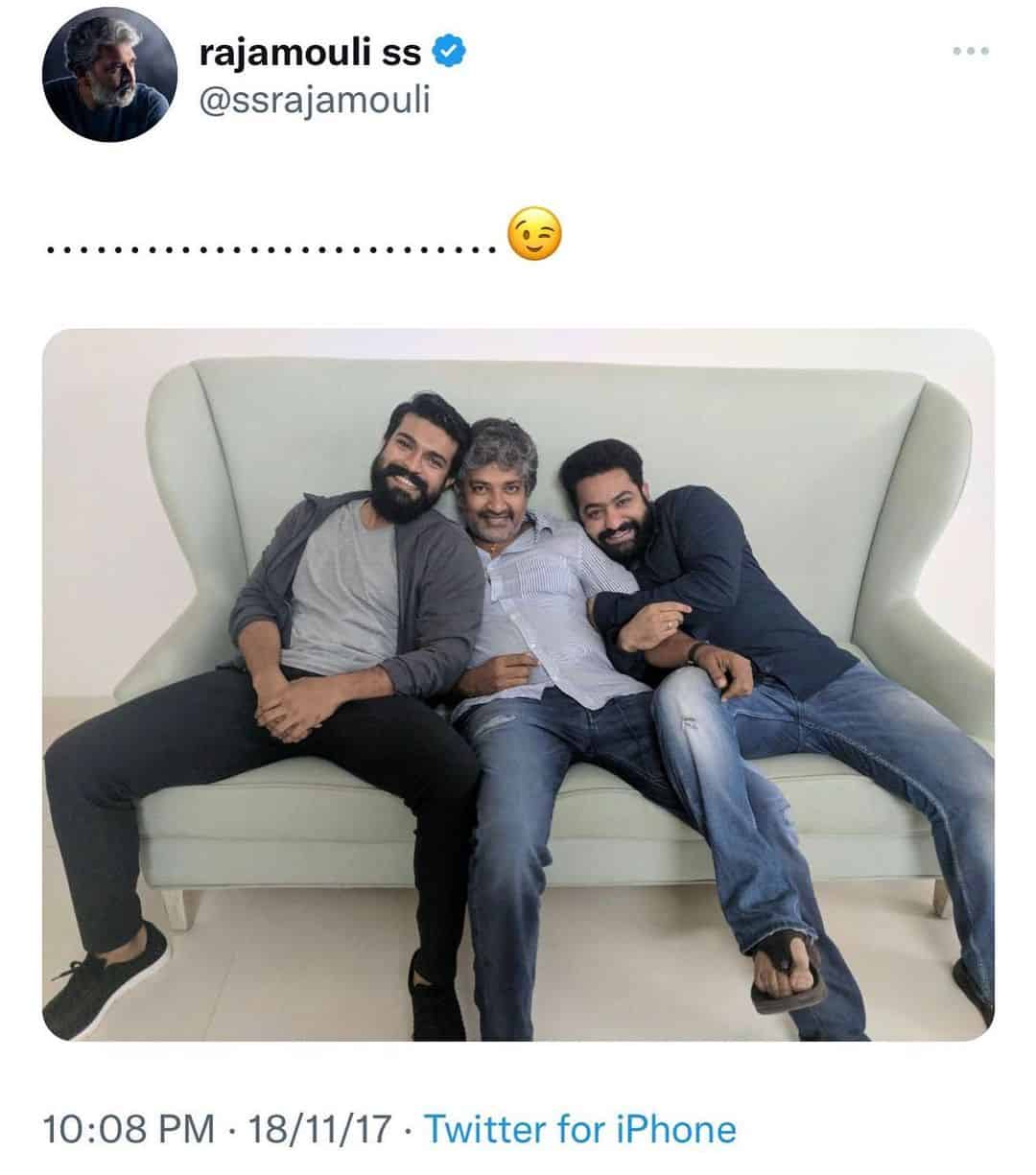 On November 18th, 2017, ace director SS Rajamouli took to his Twitter at 10’o clock in the night to put up a post which has him posing with Jr NTR and Ram Charan. While Rajamouli just mentioned a ‘dash’ as the comment in his post, that dash is none other than “RRR” and today it turned out to be history.

With this post completing 5 years, today RRR producer DVV Movies shared it on their social media handles, saying, “It’s been 5 years, since when it all began 🫶🏻”. But then the production house asked netizens, “What were you doing then and what are you doing now?”.

Of course, when this post came, no one knows that Rajamouli is doing RRR. Though it is five years, and the lives of various movie lovers have changed in various ways, Rajamouli stood like a strong pillar and doubled his fame and image with his terrific piece of magnum opus called RRR. Also in these five years, the world got troubled by Coronavirus, while Rajamouli took Telugu and Indian cinemas pride to Hollywood through RRR.