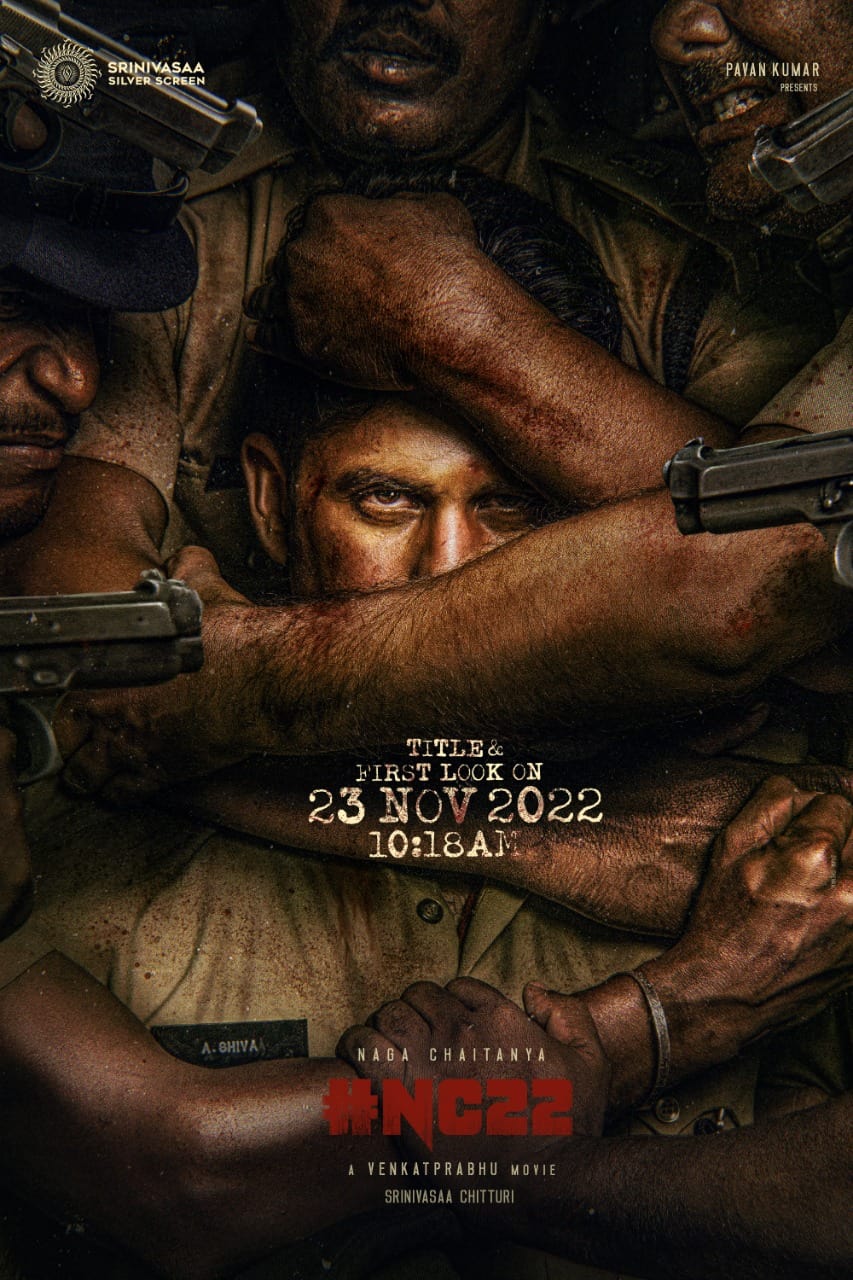 Akkineni Naga Chaitanya is currently starring in director Venkat Prabhu’s action thriller, tentatively titled NC22. Krithi Shetty was cast alongside Naga Chaitanya. The bi-lingual film’s production has recently begun and is moving at a brisk pace. This film stars Arvind Swami as the antagonist and Priyamani in a crucial role.

Naga Chaitanya’s birthday is on November 23rd. The scintillating and intense pre-look which was released today is impressive. Naga Chaitanya can be seen as a cop with a fierce look. The fellow cops were seen using guns and force to hold down his fury. The film’s first look and title will be revealed on November 23rd at 10:18 AM.