Why Did Chiranjeevi Avoid Vizag Harbour? 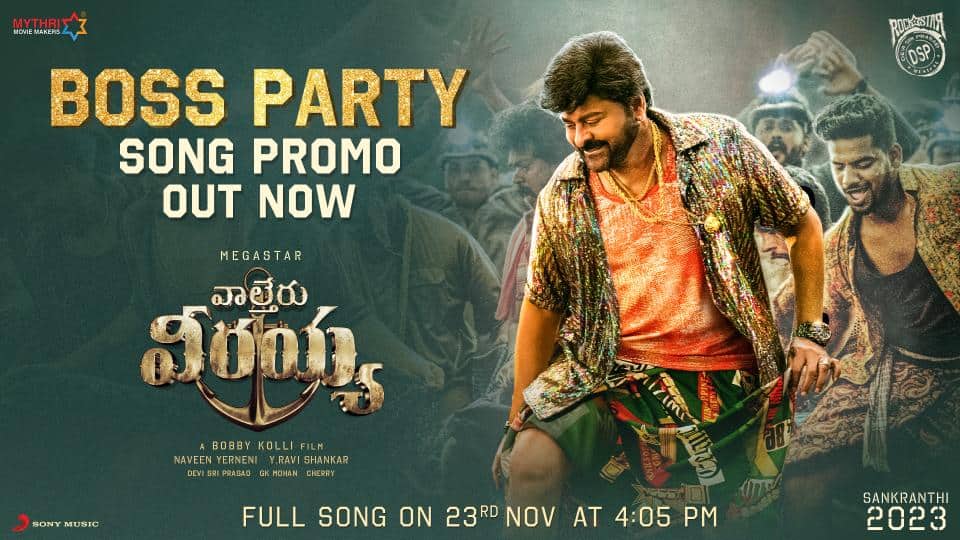 One of the biggest places that Tollywood has used numerous times in all these decades is none other than the biggest harbour in Vizag. It’s an iconic place that gave a lot of hits to Megastar Chiranjeevi. A part of Gang Leader’s title song and the iconic Bangaru Kodipetta song was shot at Vizag Harbour only, and many other songs of him were also filmed there.

With the movie’s title itself named “Waltair Veerayya”, obviously everyone is expecting to see Chiranjeevi going back to Vizag harbour again. Or at least they thought that director KS Bobby might take them to Kakinada port where fights of Ala Vaikunthapurramloo were shot, to picturise a song. But surprisingly, Megastar’s introduction song, #BossParty, is actually filmed in a special harbour set erected by the art director.

While Megastar Chiru is all praises about this harbour set created by AS Prakash, many are wondering why the actor avoided the harbour. They say that some fights and other scenes were actually shot at both Vizag and Kakinada Ports, but then, shooting a song will not be an easy thing there now. For that reason, they are said to have opted for this special set.