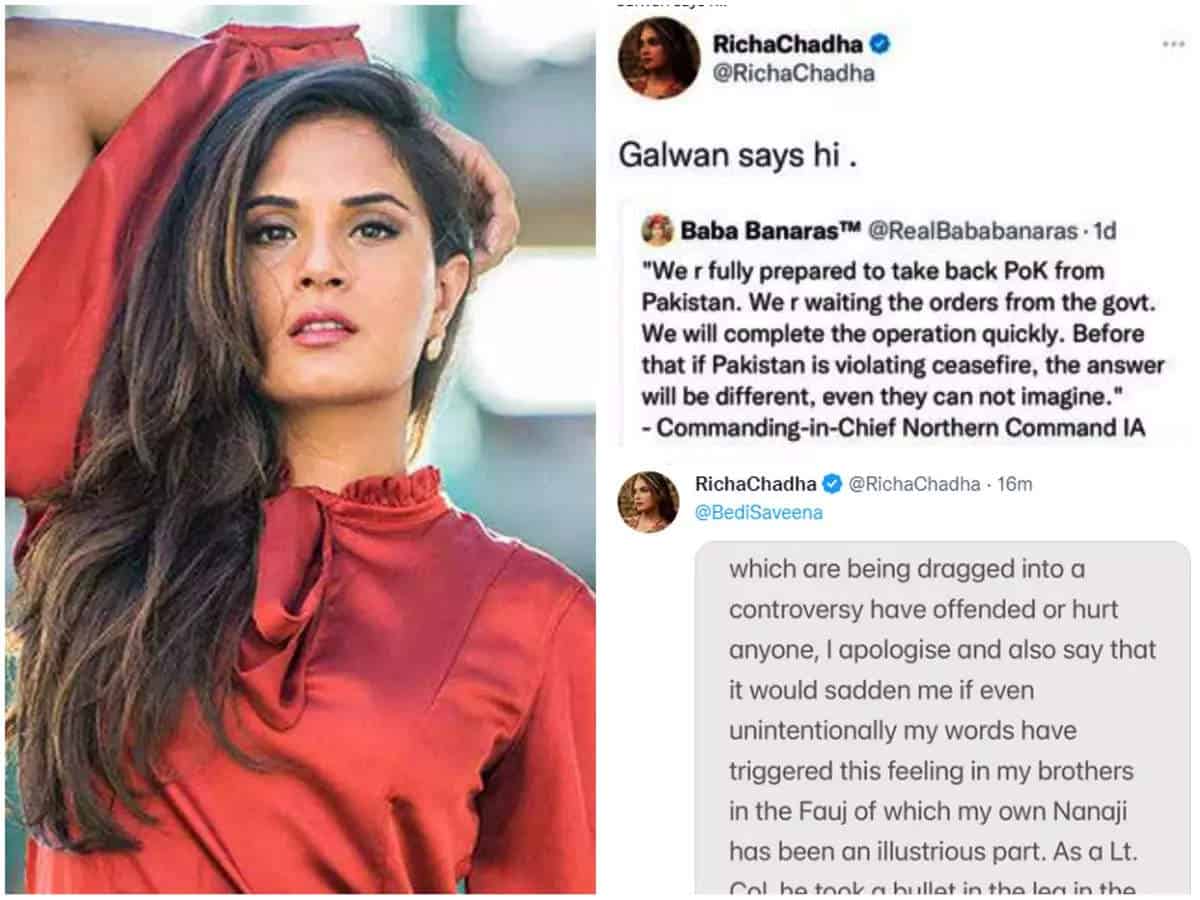 Richa Chaddha is one of the bold actors in Bollywood cinema who is often attracting controversies. Now, she found herself in yet another controversy which is resulting in a lot of trolls against her. Even star hero like Akshay Kumar also shared his reaction to it.

On Thursday, Akshay Kumar shared a screenshot of Richa’s tweet where she made a comment about the armed forces in poor light. Sharing the screenshot, “Hurts to see this. Nothing ever should make us ungrateful towards our armed forces. Woh hain toh aaj hum hain (We exist only because of them).”

Richa actually reacted to a tweet posted by Northern Army Commander Lt General Upendra Dwivedi who stated that the Indian Army is ready to execute any orders on taking back Pakistan-occupied Kashmir (PoK).

Richa was unnecessarily bringing Galwan Valley tragedy. Earlier, 28 Indian soldiers lost their life while fighting the Chinese army at Galwan. Richa sarcastically posted a tweet which is disrespecting the Indian army and is also hurting the sentiments of the nation.

Not just Akshay Kumar but a lot of politicians including BJP leaders reacted to her tweet which resulted in a lot of netizens trolling her. After realizing the backlash, she deleted her tweet.

“Even though it can never be my intention in the least, if the 3 words which are being dragged into a controversy have offended or hurt anyone, I apologize and also say that it would sadden me if even unintentionally, my words have triggered this feeling in my brothers in the Fauj of which my own Nanaji has been an illustrious part. As a Lt. Col, he took a bullet in the leg in the Indo-China war, in 1960s. My Mamaji was a paratrooper. It’s in my blood,” she tweeted.

However, Filmmaker Ashoke Pandit filed a complaint against actor Richa Chadha with the Juhu Police Station in Mumbai.