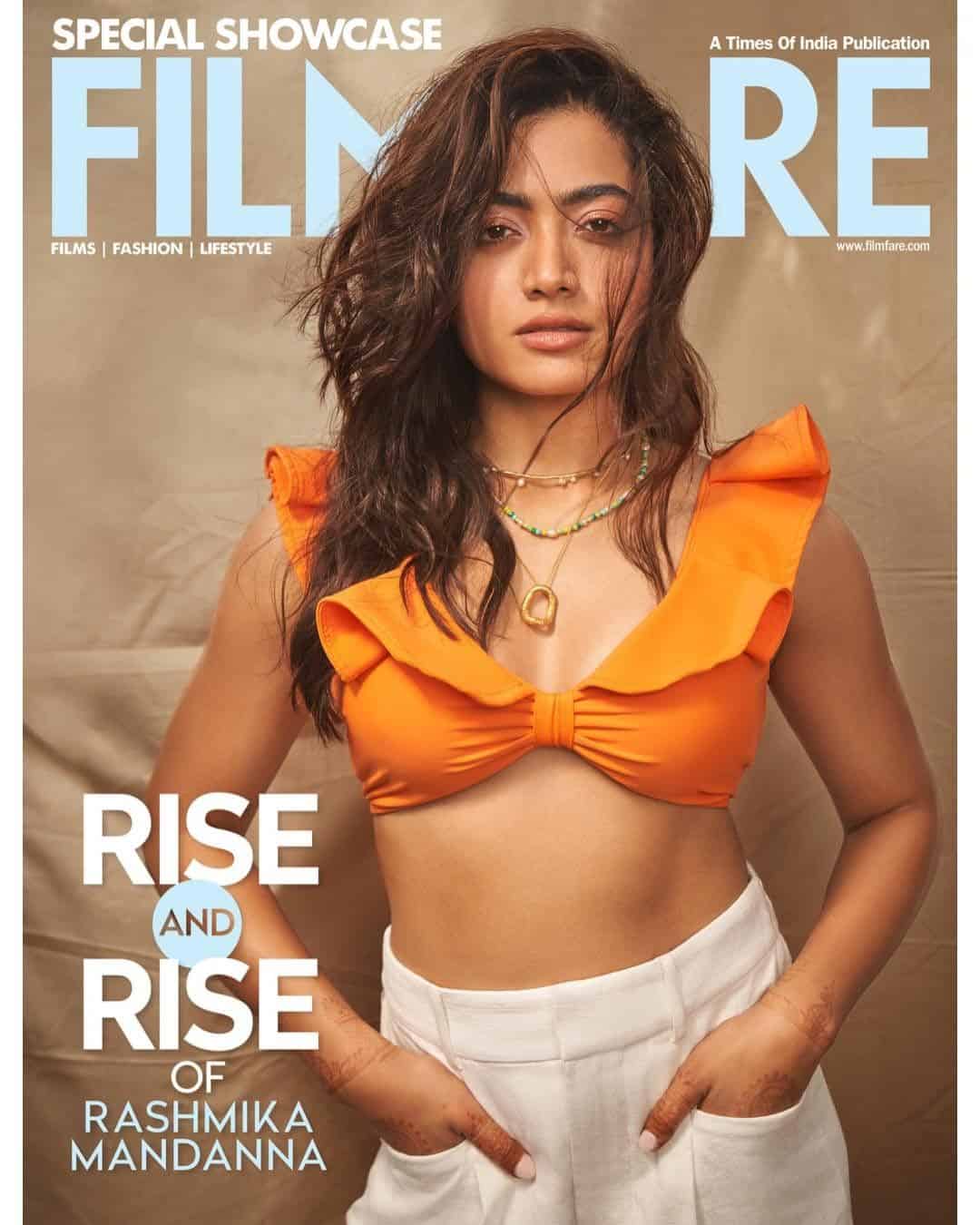 Kantara fame hero-director Rishab Shetty got so much popularity for his interviews too, as much as he amassed with that film. Especially, his indirect punch to star heroine Rashmika Mandanna in an interview is right now creating ripples. Rumours are being heard that she will be banned from Kannada Industry now, though she’s not doing a single film there. Here’s what we know about this issue so far.

During her interview with a popular YouTube channel in Bollywood, Rashmika was asked to speak about her debut. Explaining that she took part in a beauty competition, the actress said how she got a movie offer. Without taking the name of the production house, Rashmika said, “I got a call from this production house”, while doing the ‘quotes gesture’ with her hands. In fact, the production house belongs to Rakshit Shetty, the hero of her debut film Kirik Party and also to whom she got engaged but broke-up after making it big in the Telugu industry. Anyway, by using ‘quotes gesture’, Rashmika indirectly hinted that she is being sarcastic there.

Giving a fitting reply to this, Rishab Shetty gave a strong punch indirectly. During post-release promotions of Kantara, when an interviewer asked him who among Samantha, Rashmika, Keerthy Suresh and Sai Pallavi he likes to work with, the Kantara star directly stated that he doesn’t like ‘this type’ actress, while doing the same ‘quotes gesture’ Rashmika did in her interview. Later he praised Sam and Sai. Putting up these two clips together, now Kannadigas are trolling the ‘national crush’ big time.

Adding more salt and spice to this, recently when quizzed about “Kantara” movie, Rashmika stated that she’s busy with work schedules and hasn’t watched the film, and that led to many Kannada fans breathing fire against her. And some official media handles from Karnataka are now saying that Rashmika will be banned in the Kannada industry in a couple of days.

The most fascinating fact is, Rishab Shetty is the one who selected Rashmika for Kirik Party through an audition, as he happens to be the director of that film. And the same director doesn’t want to work with her in his life again. Is it because, Rakshit is a very good friend of his, or because of Rashmika’s acts of ignoring the Kannada industry?

At the same time, any heroine (or hero) will become bigger and gain popularity as well as opportunities based on their body of work, but these bans and trolls won’t help. Already, Rashmika has 3-4 big projects in Telugu and Tamil, and two biggest films in Bollywood, along with a massive craze on social media. Will a ban call from the Kannada industry do anything to her?