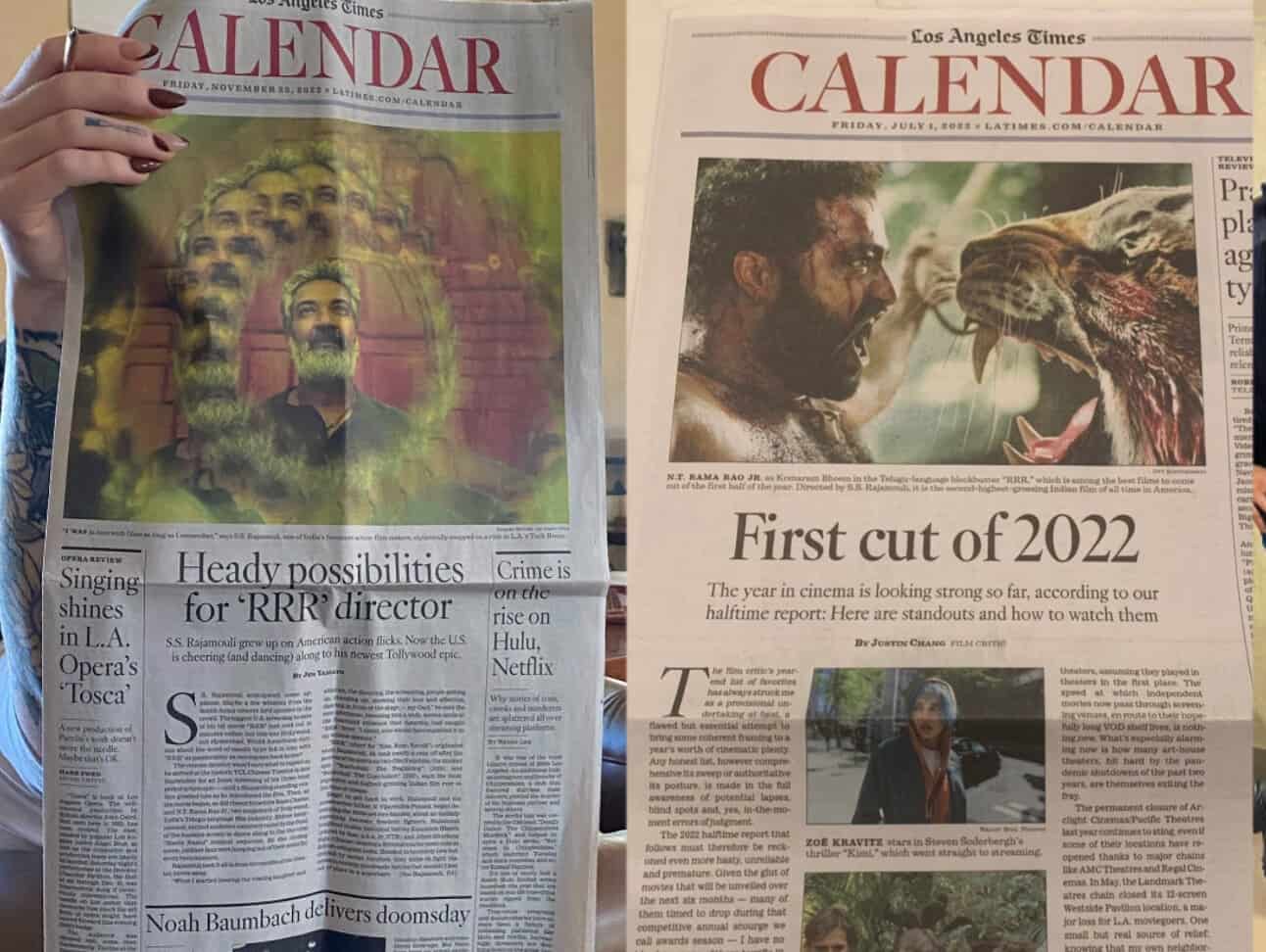 From directing TV serials for Telugu channels to directing the biggest magnum opus of the country, RRR, legendary director SS Rajamouli scaled heights in the last two decades by narrating stories laced with hefty emotions. His fame and pride now reached every nook and corner of Hollywood as well, as Los Angeles Times honours him with a front page article about his RRR journey, from Hyderabad to Hollywood.

The article written by LA Times Reporter Jen Yamato stated that RRR stands chance to get nominated for the Oscars as the film’s USA distributor Variance is trying for it with devotion and sincerity. From combining two folks from two rival film dynasties of Tollywood to carving out an intense action drama woven around India’s freedom fight, Rajamouli made sure that Western audiences today identify him, his films and his heroes, Ram Charan and Jr NTR as their favourites, the article says.

Also, the article praised how Hollywood biggies like Russo Brothers went gaga over RRR’s action sequences and emotional content. Such write-ups are often written around giants like James Cameron and Steven Spielberg, and after reading them, one feels like Rajamouli has truly made Tollywood go international with such enormous love from Hollywood people.

Needless to say, Rajamouli hasn’t only crafted a simple Telugu film, but actually brought a new identity for the Telugu people across the world with his terrific creation. Going by the love showered on the film and the director, surely an Oscar nomination would be the perfect dessert to end the RRR dinner date.