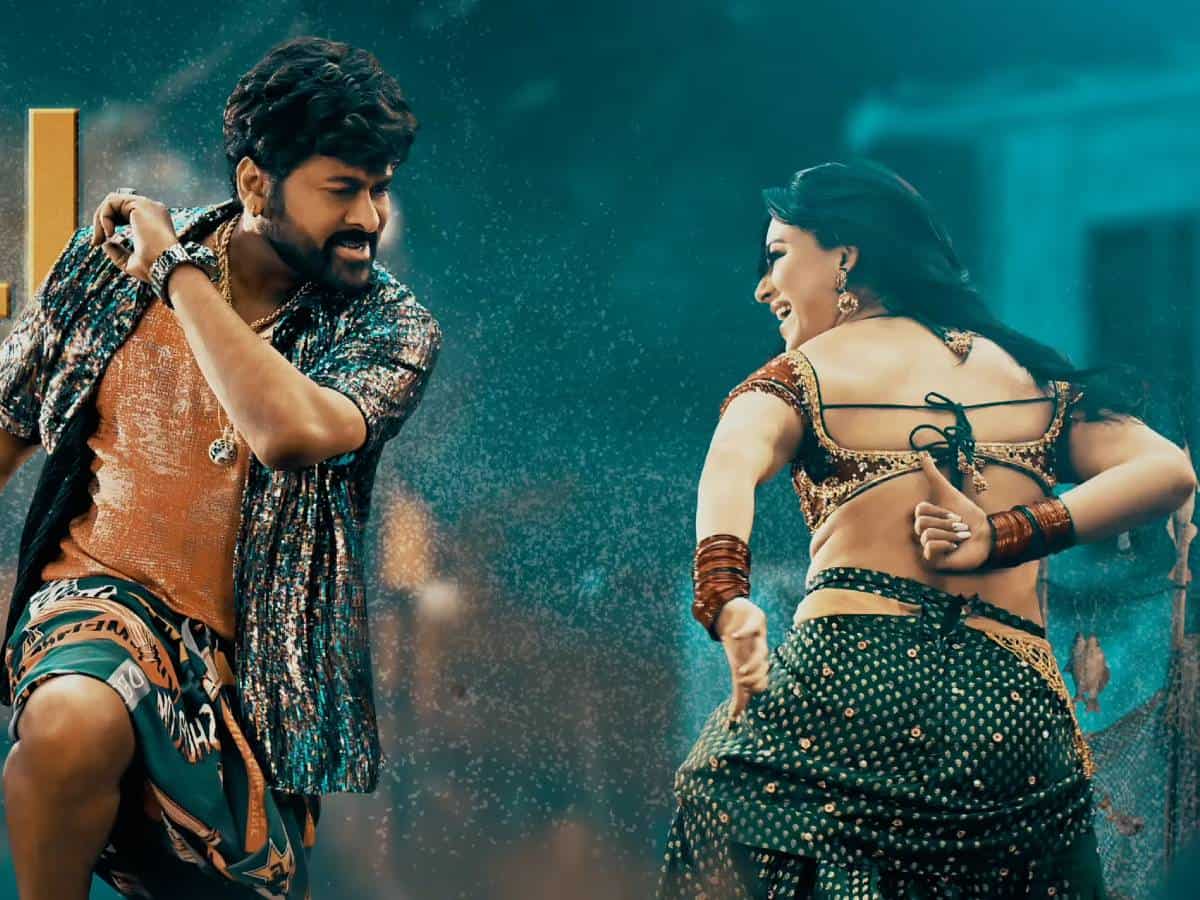 The song that mega fans have awaited for a long time has arrived, portraying Megastar Chiranjeevi in the ‘mass’ avatar that they want to see for a long time. It happened with Waltair Veerayya’s #BossParty song composed by Devi Sri Prasad, and here comes one hottie who is enjoying this song more than anyone else.

Former Miss India Urvashi Rautela’s dream of making her debut in Tollywood has come true with Megastar Chiru’s Boss Party song where she made a special appearance. Typically this is an item number that needs splashes of glamour from the beauty queen and she is making the best use of it. Ever since the song was released, Urvashi is promoting it big time on a daily basis on Instagram, making her 59+ million fans go merry.

Since the song’s release, she shared almost seven posts about it, sharing the posters, and behind-the-scenes videos she got shot by her assistants. Also, she is sharing lots of stories and re-posting the dance covers done by fans. Especially the iconic ‘Mutamestri’ video of this actress, which is not released officially, but shared by the actress through a video shot from the location, is going viral. While promoting herself, she is promoting the song too.

Roping in top heroines and paying them crores wouldn’t have resulted in such hefty promotions, but Urvashi Rautela is doing her best to get the song some attention. Had Devi Sri Prasad come up with a more intersting tune, surely this promotion would have gone crazy.