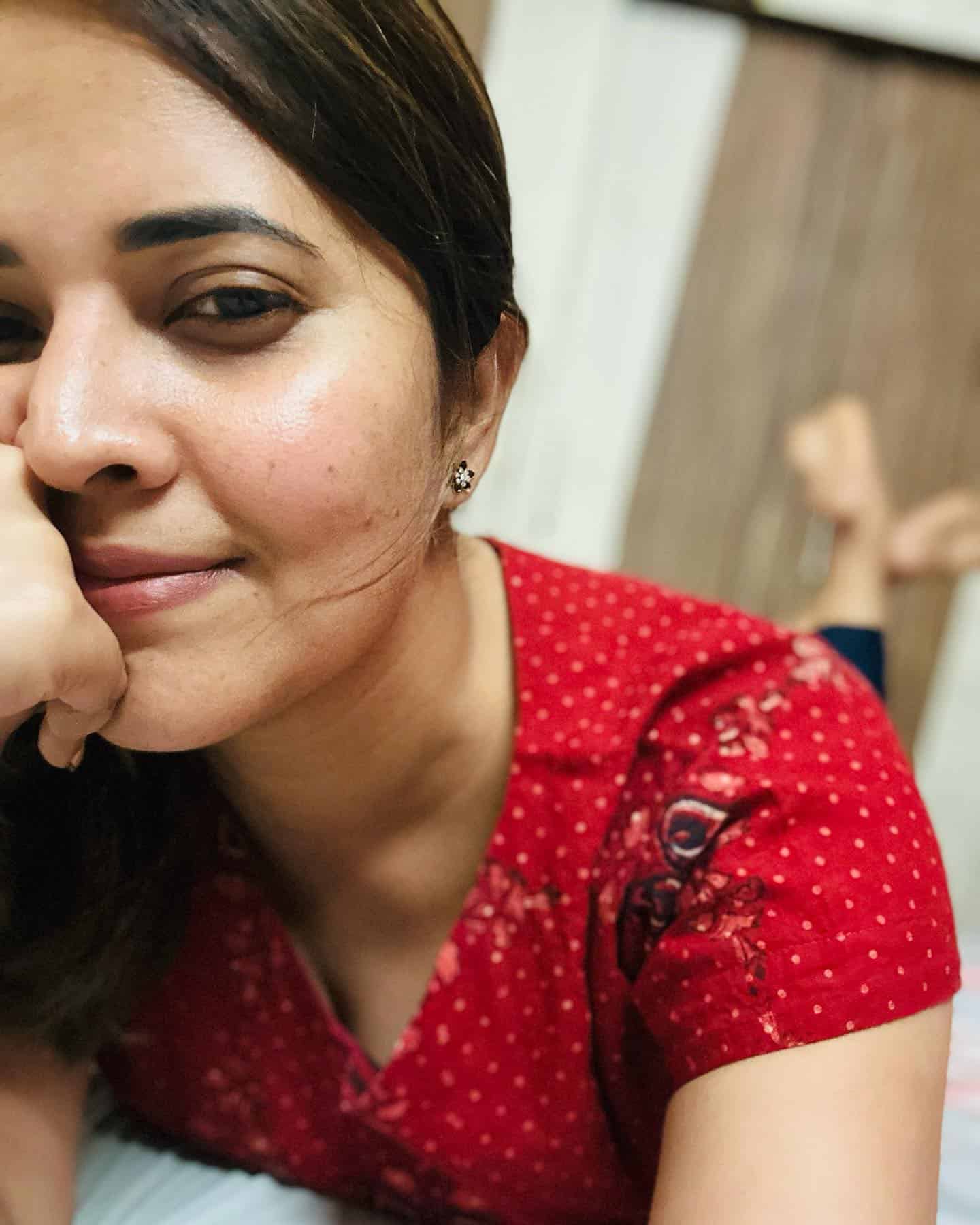 Starting her career as a character artist and then shifting to TV where she worked in a news channel, Anasuya has shot to fame with Jabardasth adult comedy show where her glamour treat became the most talked about aspect. And then, she is known for spicing up social media with her glamorous photoshoots too. Here goes the shocker, however.

In recent times, Anasuya has not only cut down her TV assignments but is not doing any reality shows too, except for a couple where she is been seen as a judge but not as a show host. And then, she’s not even posting any glamorous pictures these days. She is coming up with no-makeup selfies and pictures a lot, giving an orthodox touch to her appearance.

Many are wondering what’s wrong with Anasuya as fans got accustomed to watching her glamorous looks most of the time. Though some female-centric films that she’s part of, haven’t worked out, we hear that she has many films at the given moment while Sukumar and Allu Arjun’s Pushpa 2 will have a more rugged side of the actress that will surprise the audience.