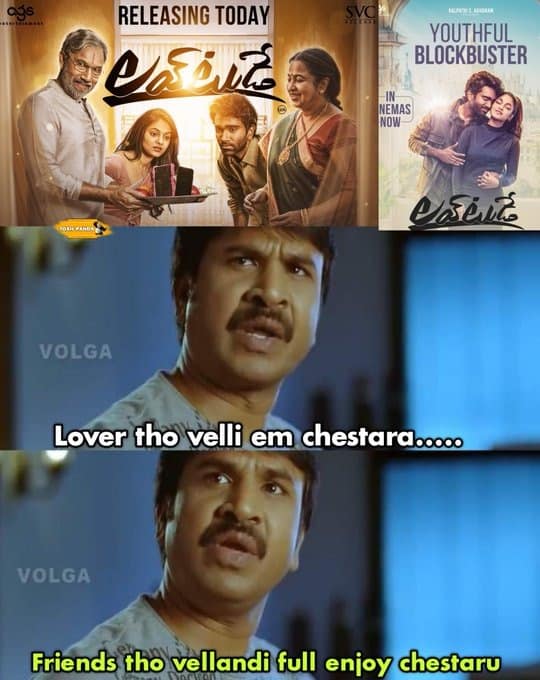 Apparently the film “Love Today” has touched upon various elements of the new generation when it comes to their love lives, but the soul-point of the story is all about having ’trust’ in the partner. However, an interesting meme is now doing rounds in Telugu circles.

As the film is all about love and suspecting partners, going by trailer, some think that one should go to the film with lovers. But then, this meme says that people should go to Love Today with friends, for a reason. More than the hero-heroine’s love track in the film, the track of the hero’s friends where one of them happens to be a one-side lover of the heroine, and a friend of a heroine who keeps loving her knowing the fact she already has a boyfriend, remind us of many real-life familiar people.

From that angle, the film should be seen with friends rather than lovers because the story’s central point explains both bad friends and good friends in a perfect way. At the same time, the director maintained lots of suspicions and hasn’t revealed in the climax about the unknown sender of vulgar messages to the heroine and her sister. This is also triggering a discussion that some friends among the gang will be of this type only.

Well, more than lovers and parents, Love Today has to be watched with friends only. That’s why the meme is getting more attention now.