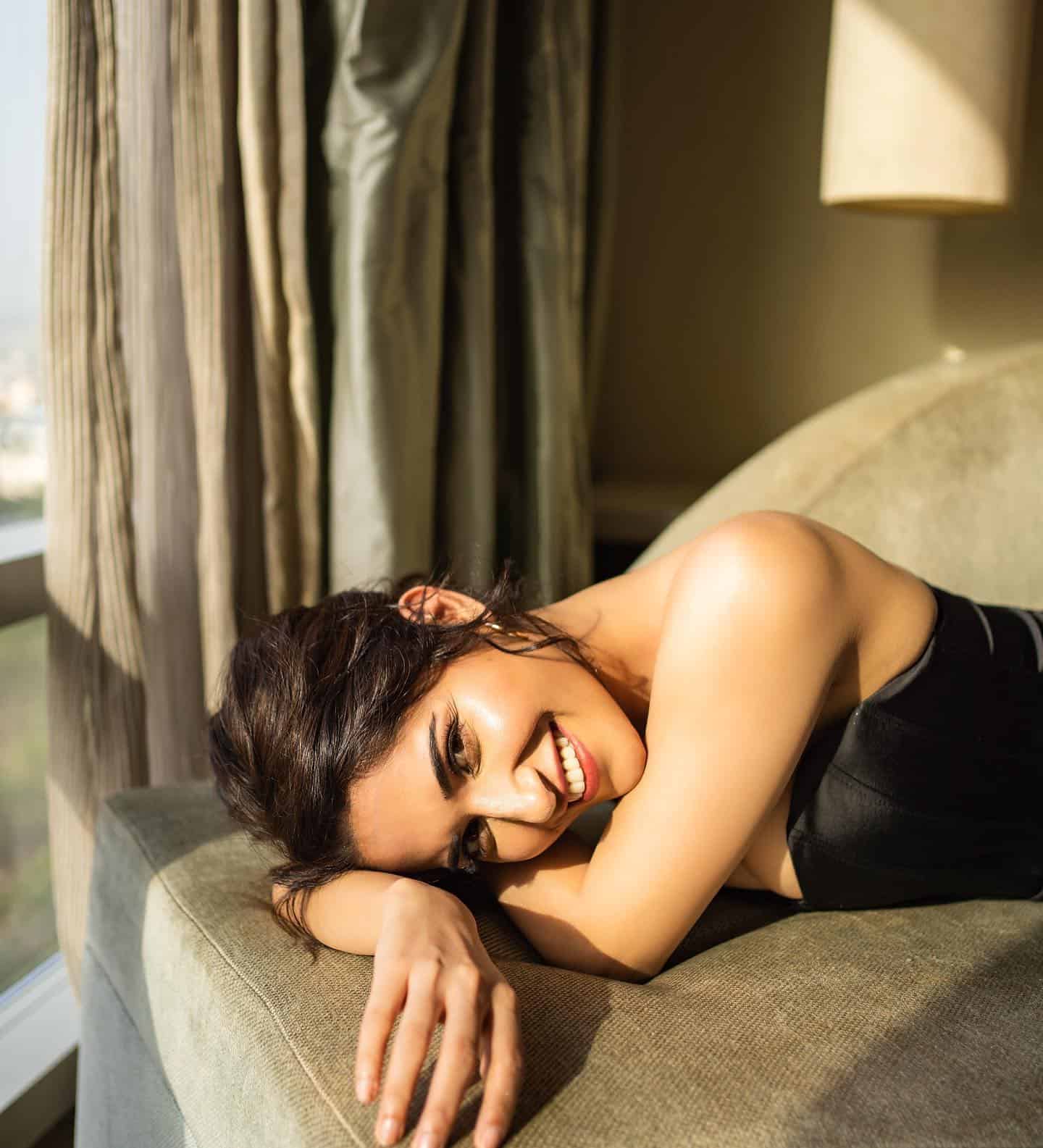 To gain attention, and to get traction among social media users, these days many star heroines are slipping into two-piece bikinis and doing a lot of glamour hungama. And some heroines who have just made their presence felt, are also indulging in the same. But why do they don’t sign a lot of projects later? Here’s one perspective about it.

After the film “Chi La Sow” made a splash, heroine Ruhani Sharma is flooded with lots of offers but then she signed only “HIT” and haven’t grabbed any big movies. And recently she was seen in the web series, Nani’s sister Deepthi Ganta’s directorial “Meet Cute” which is streaming on Sony Liv. However, on the internet, she always blasts a lot of glamour as she slips into bikinis, flaunts her bosom and shows off those ravishing curves.

Talking about the offers part, Ruhani clarified in an interview that though she is being offered a lot of projects from Tollywood, she isn’t signing them even if the script is good. Because she will sign a project only if she feels that she could connect to the character and audiences will love that character.

Well, those who heard these comments are saying that who would look forward to seeing a character-arc or anything if they are offered a film with Allu Arjun or Mahesh Babu? Definitely, offers are not free-flowing for any heroine these days as there are so many options around for the directors and producers too. But then, maybe Ruhani is also right with her choices.