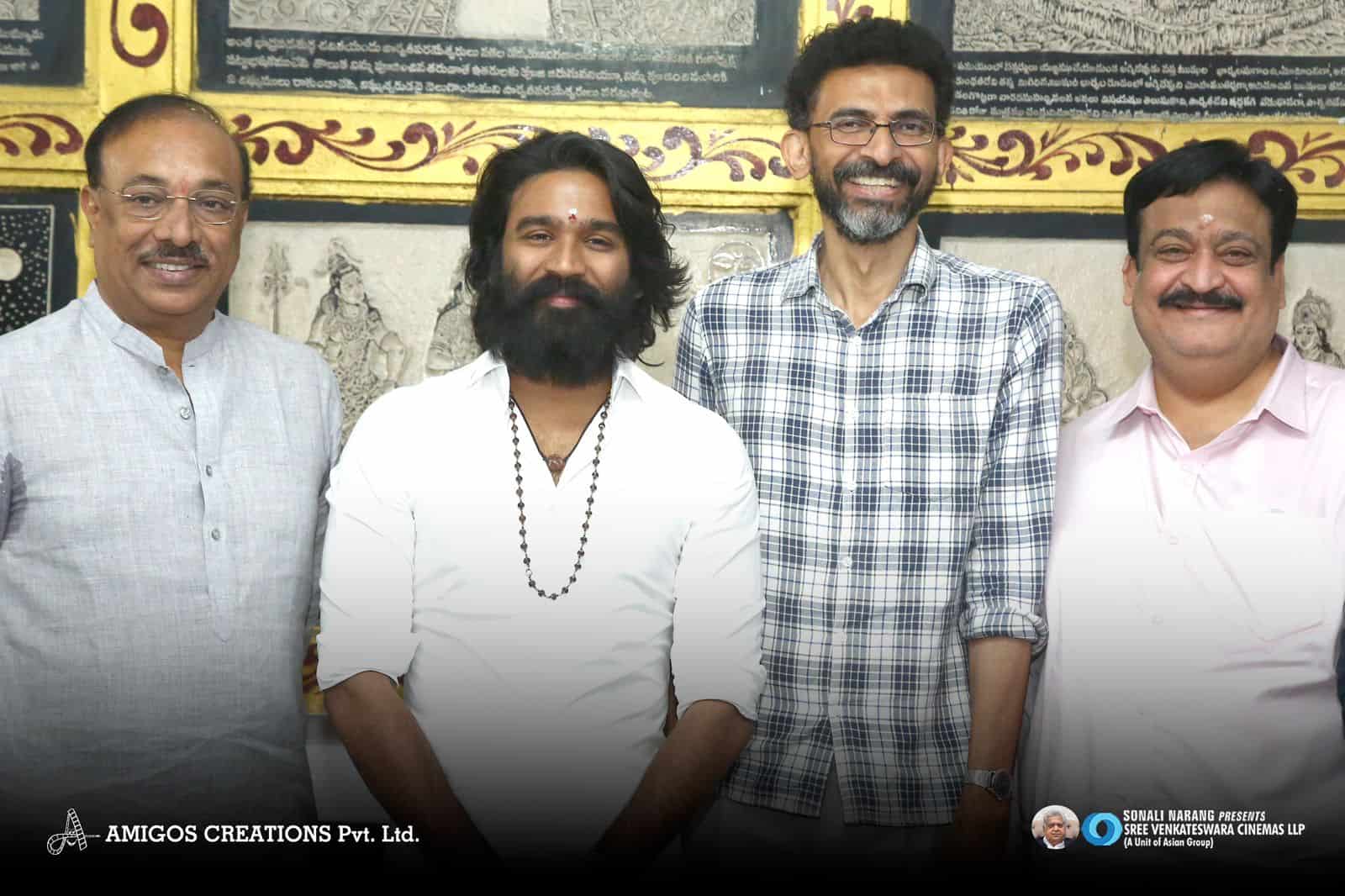 Hero Dhanush is making his Telugu debut with Venky Atluri’s bilingual film Sir. It is known that the actor has also signed to do a movie with another Telugu director Sekhar Kammula. Suniel Narang and Puskur Ram Mohan Rao will produce the movie on Sree Venkateswara Cinemas LLP and Amigos Creations banners.

Today, the film has been launched in style in a grand way with a muhurtham ceremony in presence of the core team. The movie will go on the floors soon.

Sekhar Kammula is known for making class and family entertainers, wherein Dhanush is a mass hero and it will be interesting to see what’s in store for us in this crazy combination.

This yet-to-be-titled movie is a trilingual entertainer to be made simultaneously in Telugu, Tamil, and Hindi languages. The team will reveal more details soon.