Dil Raju Breaks Down The Business Of Telugu Cinema 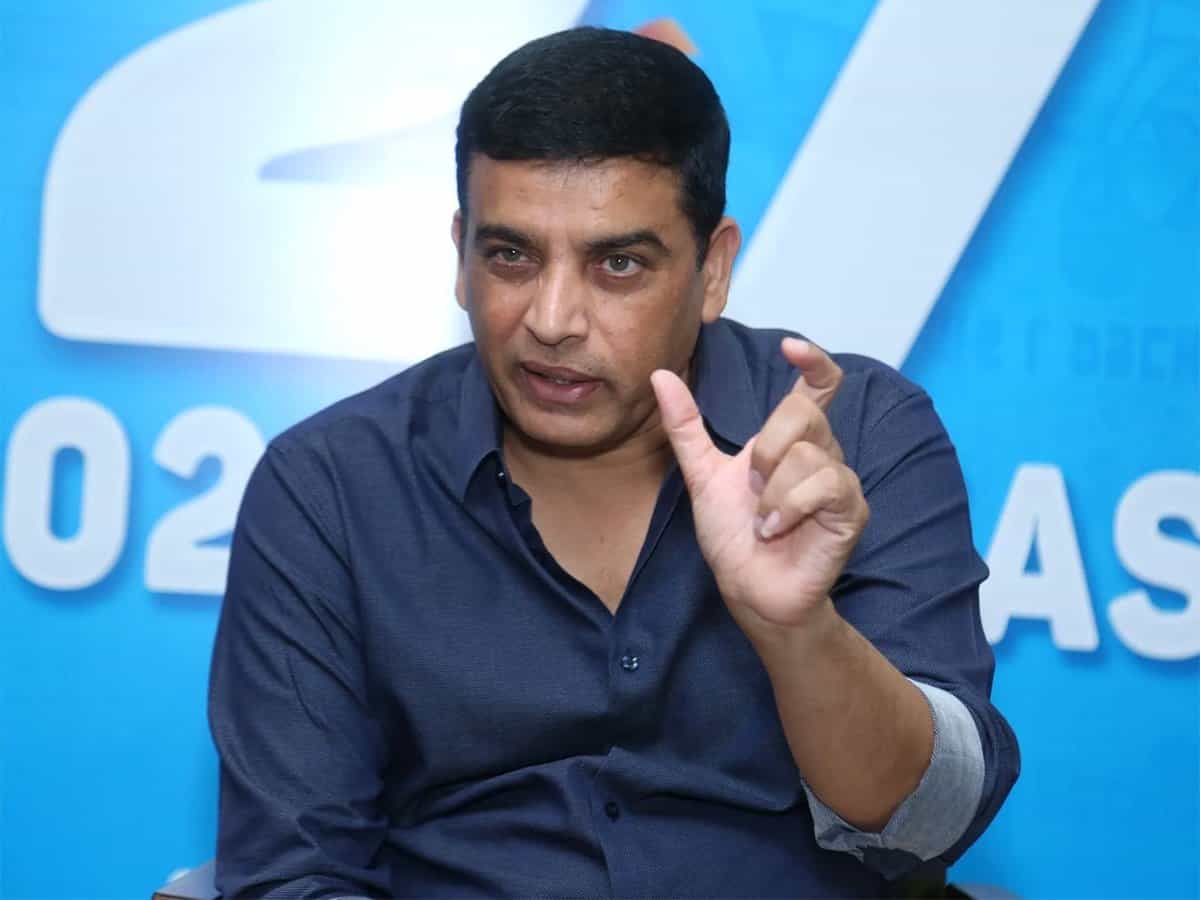 Ace producer Dil Raju, who produces lots of movies every year and releases many through his distribution network as he owns (and leases) theatres in Nizam, Krishna, Guntur and Uttarandhra (Vizag and other districts), is these days getting blamed for every single happening in Tollywood. At the end of the day, Raju gets blasted for dubbed releases, profits and more. What’s the producer has to say about it?

“Let’s set up a combination, spend money, sell it, and make some meagre profit. That’s the motto of Telugu producers these days” says ace producer Dil Raju, who says that this business model is actually affecting ‘Distributors big time, while ‘Producers’ are also going to lose in the long run. During his latest interview for “Open Heart with RK”, Raju breaks down the business of Telugu cinema, which is not fruitful 85% of the time.

Talking about the whole fiasco of how films are being made in the Telugu Film Industry, and why people like producers and distributors are seeing losses, Raju explains that with production costs including remunerations hiked, the producer is spending the maximum amount he will get after sales, and that is resulting in fewer profits. As people are thinking that producers make huge profits, Raju breaks down the spending and collection part too.

Dil Raju explained the collection funda this way: “If a film collects ₹200 crores ‘gross’ from Telugu states, then we lost 18% as GST (36 crores), and theatrical rentals will be another 25% of the total collection. And the distributors get ₹110 crores ’share’ from that. If the distributor has taken bought the film on an NRA basis (Non-Returnable Advance), then another 25% of it will be gone. So the producer gets only ₹85 crores finally into his hands”.

And he says that if a film’s total business is going to be ₹100 crores (what the producer gets), then the producer is spending ₹95 crores well in advance. He explained that this ₹5 crores profit will be affected If the release gets delayed due to ‘interest’ costs on the loans taken. “While the Producer has become the first person to spend, he will be the last person to get his money back. From artists to technicians to financiers, everyone takes money in advance, but the producer gets money only after the result” he adds.

What about the surplus amounts coming from OTT platforms to acquire rights? “OTT platforms are not playing money in advance, but give you a paycheck only a month after the release of the film. So you have to depend on finances to release a film. And don’t forget about the TDS costs and GST a producer has to say”, said Dil Raju.

And this explains, why Dil Raju is planning a big release for all his films no matter what others say, because to recover the hefty investments, one has to take bold calls even if they have to face brickbats.