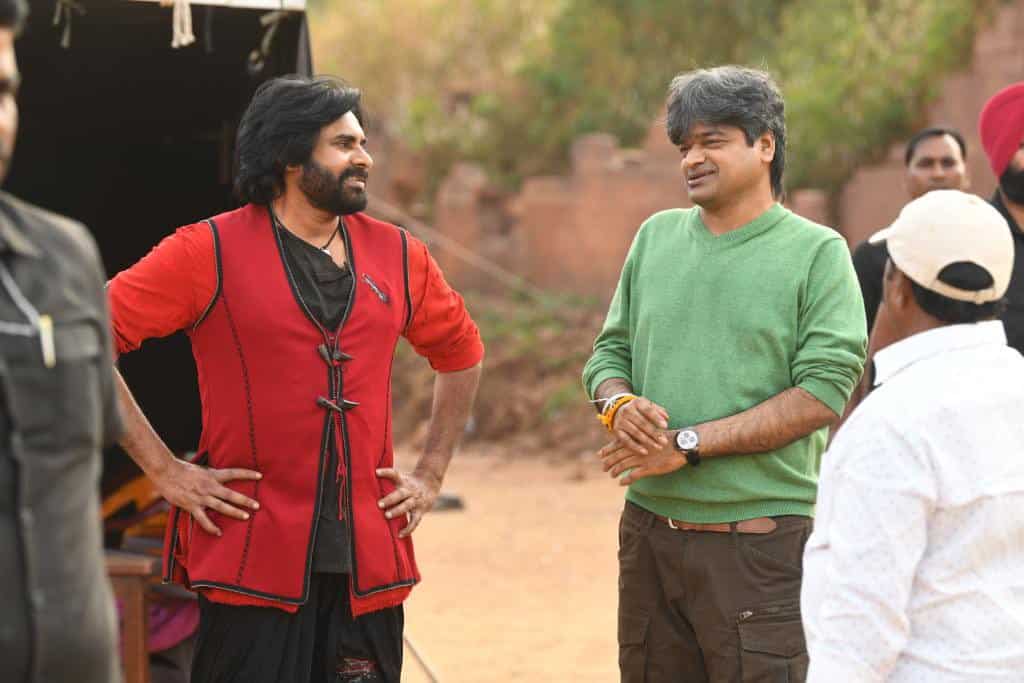 Taking part in political works on one side and his film “Hari Hara Veera Mallu” shoot on the other side, Powerstar Pawan Kalyan is a busy man these days on both fronts.

And then, director Harish Shankar stunned Pawan Kalyan’s fans today as he shared pictures from the shooting spot of the Krish directorial.

Slipping into a red top and black dhothi like a costume, Pawan Kalyan has just stunned with his Hari Hara Veera Mallu look. Though the first-look pictures from the film already raked up huge expectations on the movie, this particular picture where Pawan posed with Harish is right now breaking the internet.

Though Powerstar hasn’t made any changes to his hairstyle, his overall body language and getup as Veera Mallu is simply outstanding we have to say.

On the other hand, this also confirms that the shooting of HHVM is going on at a rapid pace in Ramoji Film City where the unit is shooting at a specially erected set under Krish’s direction.

If the film could wrap up the whole shoot at this amazing pace, surely a Summer 2023 release could be anticipated without any doubts.