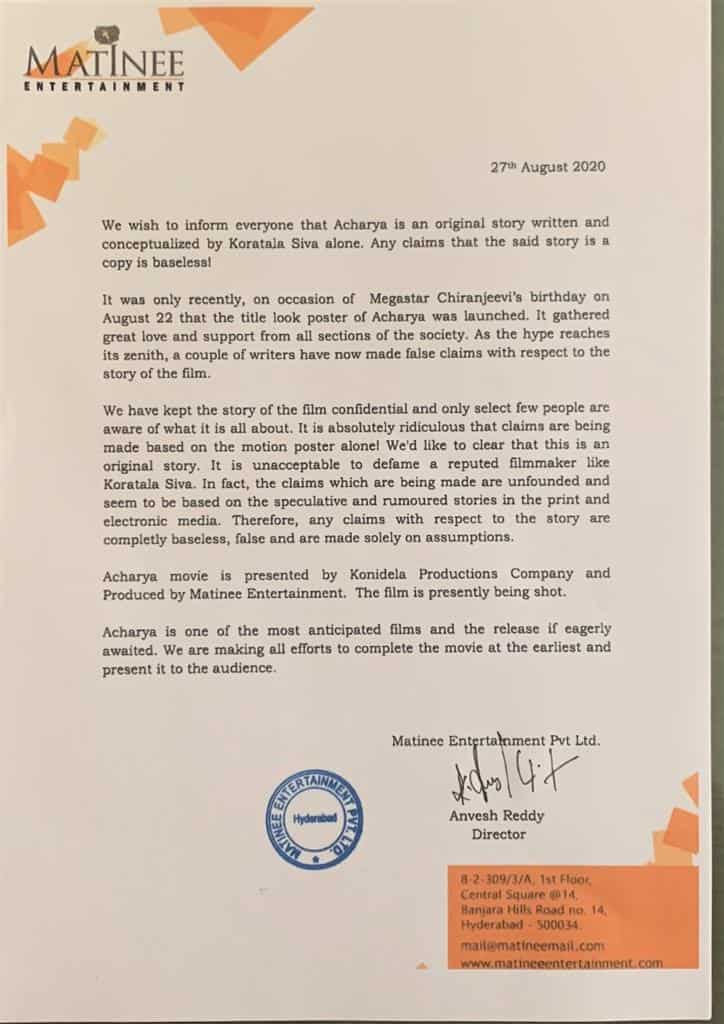 After allegations started flying thick and fast that Acharya story is plagiarized by Koratala Siva from an upcoming writer who narrated it to a popular production house, we started asking around to fact check.

Acharya story, as claimed by the person who alleges Koratala Siva of copying, has nothing to do with the storyline mentioned by the writer in his official press release and media interactions. Acharya is an out and out commercial film with a new backdrop which he had prepared keeping in view the image of Mega Star Chiranjeevi. The story has been prepared after Koratala Siva travelled with Mega Star for 2 years with an idea of showing him in a never seen before role and registered totally with the writers association.

Koratala Siva and his team are perplexed and are wondering how this smear campaign has started even without trying to check if both the stories are the same.