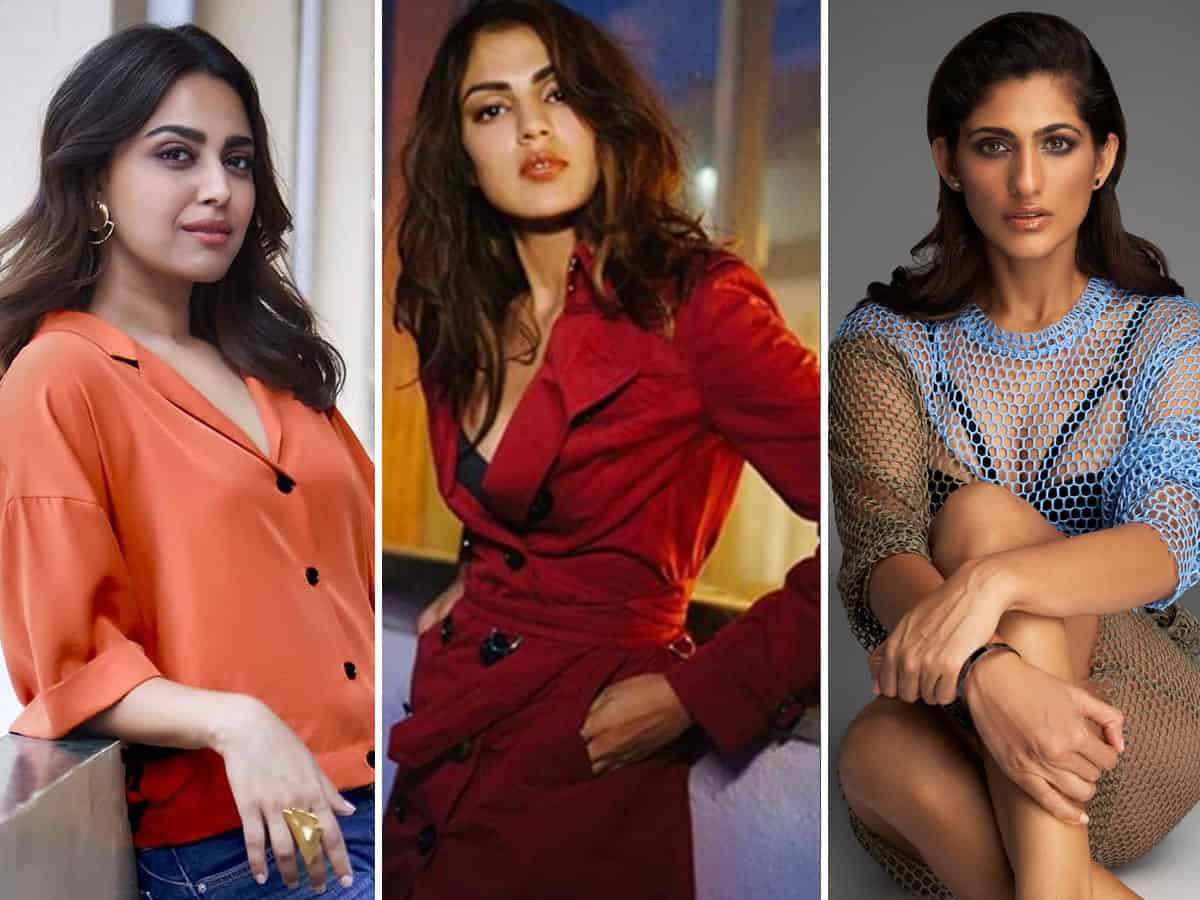 Bollywood actress Swara Bhasker is very vocal on social issues and on social media, she will be on fire, if she comes across any issue. In case anyone takes on her, Swara will give a befitting reply and shuts them down.

In Bollywood hero Sushant Singh Rajput’s tragic death, Swara took a neutral stand and is neither supporting the nepotism nor supporting the outsiders who want to make it big. But she stood by the side of actress Rhea Chakraborty.

Last night noted journalist Rajdeep Sardesai’s interview with Rhea was aired on India Today. However, the news channels had used the hashtag #IndiaTodayGrillsRhea. Objecting this, Swara said that even the 26/11 terrorist Ajmal Kasab was not harassed like how Rhea is being treated.

“I don’t think even #Kasab was subjected to the kind of witch-hunt on media.. & media trial that #RheaChakrobarty is being subjected to! Shame on Indian Media.. Shame on us for being a toxic voyueristic public consuming this poisonous hysteria,” tweeted Rhea.

Further the ‘Veere De Wedding’ actress wrote, “What the F kinda hashtag is #AajTakGrillsRhea ???? Precisely everything wrong with how this case has been reported.. Shame on you @aajtak Stop media trials!!!!”

However the netizens were not impressed with Swara’s comparison and added that Kasab is a mass murderer. Netizens said that Kasab had destroyed many innocent lives and even the city of Mumbai in the name of jihad. Whereas Rhea is an actress who is yet to prove her innocence in connection with Sushant’s death.