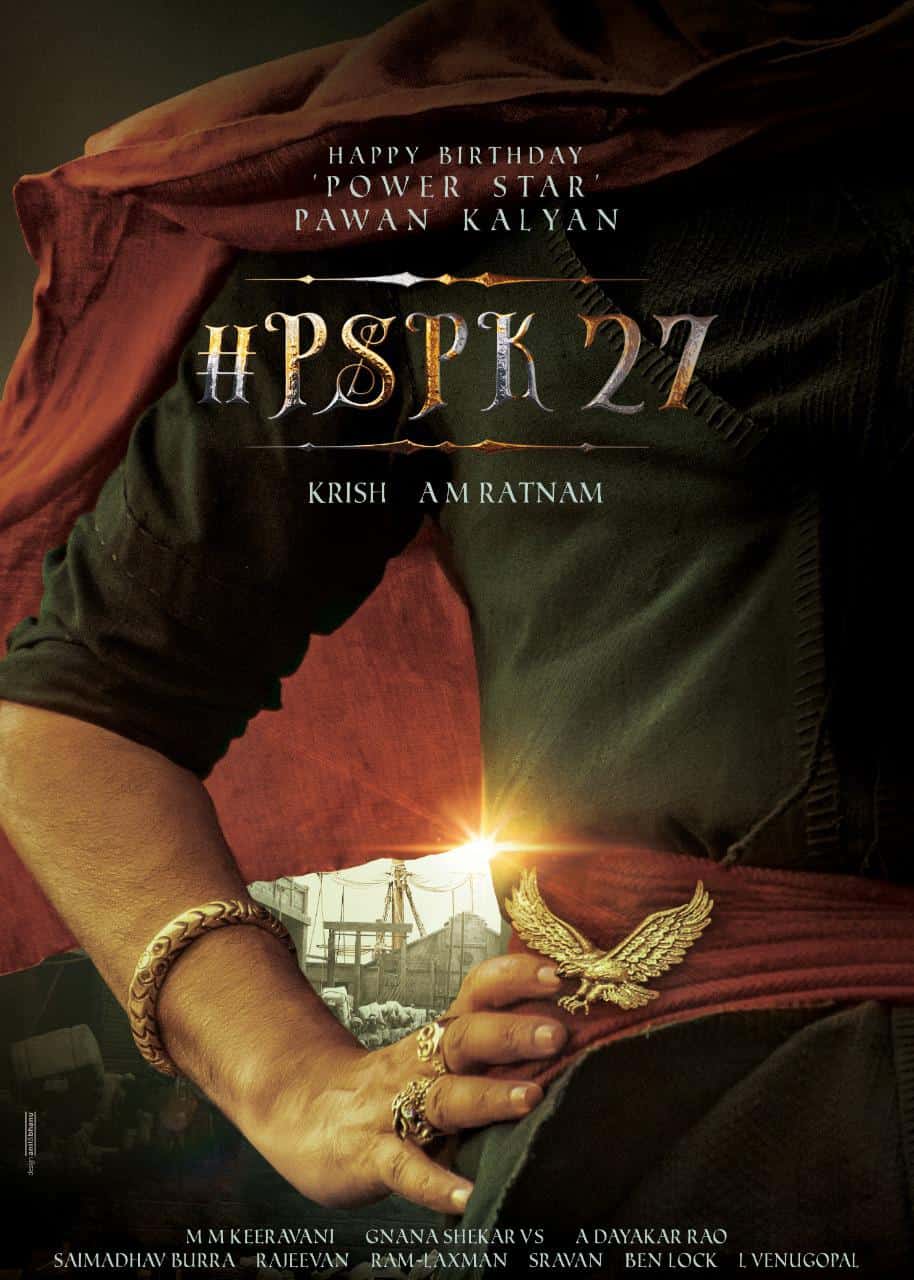 Like they promised, giving the second best treat after the motion poster of Vakeel Saab, the makers of Pawan Kalyan’s 27th film have come up with a pre-look poster. And here is how it goes.

Directed by Krish and produced by AM Ratnam, the film’s title is not revealed but the first look is super exciting we must say. The poster has Pawan Kalyan wearing red coloured long cloth around his waist and that golden-eagle badge attached to it is quite intriguing. And that bracelet, as well as other gold ornaments, are giving a hint of the rich guy who rebels against the Britishers.

In the background, we could notice a British era building and the flagpost of a merchant ship in the distance. That gives us the detail that Pawan is playing the role of a guy who owns and run ships and then rebels against the Britishers in a pre-independent setup. Well, all these enticing details are definitely raising hype on the film.