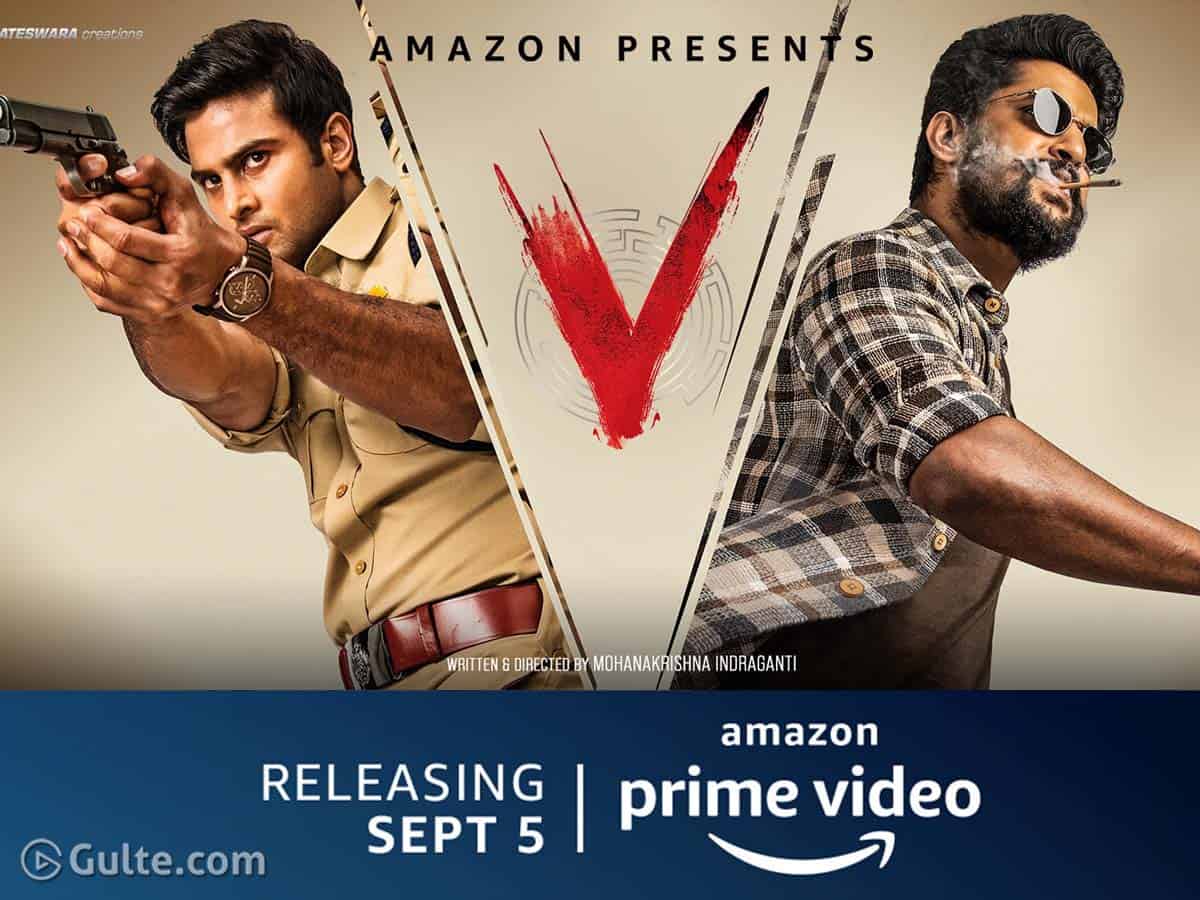 The closure of cinema halls from the last six months has made cinema fans miss out many stunning moments they usually experience at theatres. And here comes one such chance that will enable fans to relive such happy moment from the comfort of their houses itself.

One of the biggest fun one will have at theatres is waiting in queues in the midnights for the theatres to open gates, such that they could catch up the 12 AM benefit show of a movie. From that benefit show itself, the talk of a movie starts to spread everywhere. And here comes a chance to re-live that moment as Nani’s V is being brought to Amazon Prime Video exactly from 12 midnight on September 4th night.

Many fans are eagerly waiting to see Nani’s V from 12’0 clock itself as the film is gearing up to stream from 12’0 clock itself as it is heading to digital release on September 5th. And with the film being released digitally, we could expect many to pause the film at their favourite moment, take snapshots of it, share their comments on that particular scene/shot and enjoy like anything.

After a long time such ‘cinema’ happiness is coming to Telugu states, so let us enjoy it.