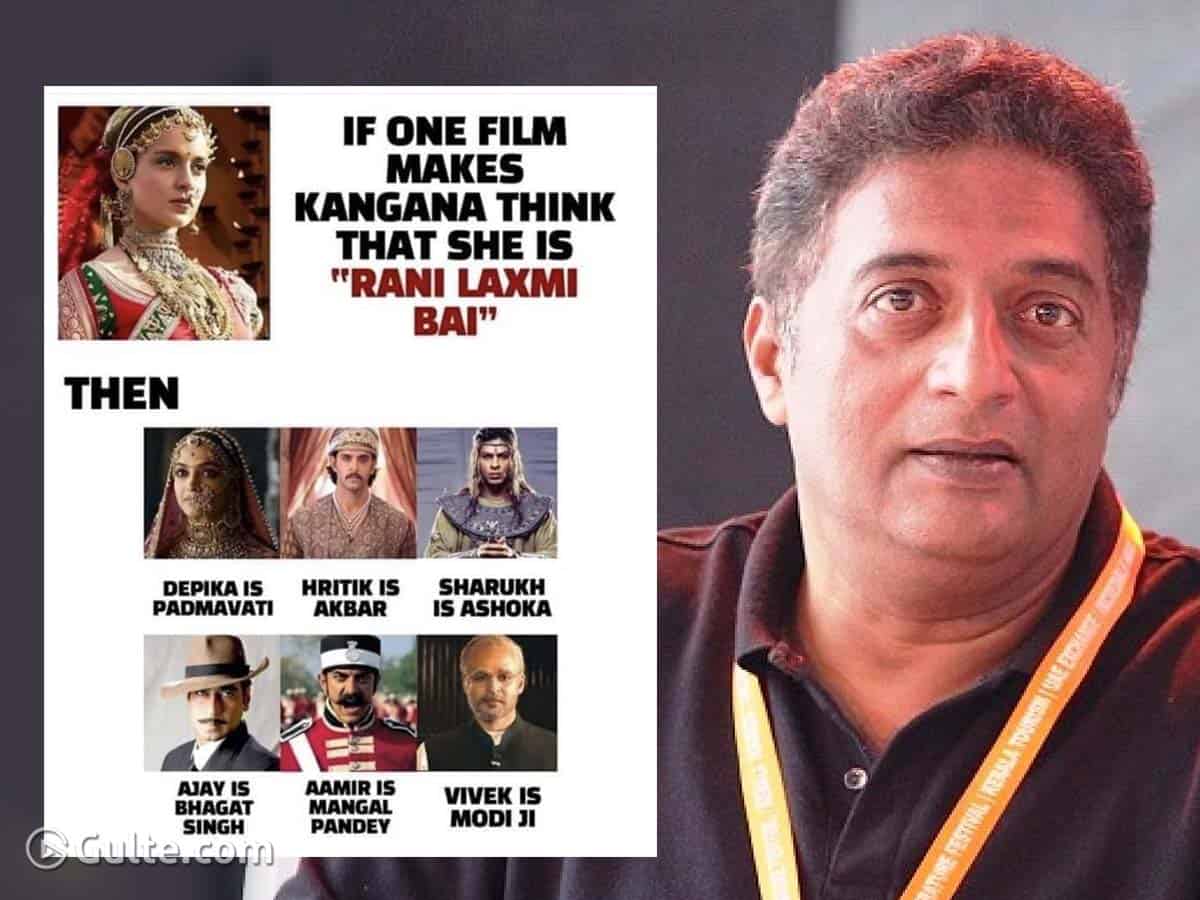 Every time Kangana Ranaut does a flop film, the very next thing she does is a photoshoot for a leading magazine in skimpiest lingerie. This has happened many a time. But then, after doing the film “Manikarnika” where she played the role of Rani Lakshmi Bhai, the actress started to project herself as a patriot who is shedding blood and sweat for the country.

Tweeting a picture, Prakash used his ever powerful #JustAsking hashtag, to ask people, “If one film makes Kangana Ranaut think she is Rani Lakshmibai, then Deepika is Padmvathi, Hrithik is Akbar, Ajay is Bhagat Singh and Amir Khan is Mangal Pandey”. Well, that’s a stunning satire on Kangana who has incarnated as this saviour of Hindutva and patriotism in the recent times, after the death of Sushant Singh Rajput.

Usually, if you either criticise Kangana or support Rhea, people troll those celebrities big time, but Prakash Raj is not someone you would mess with easily as he always stood against BJP kind of politics. And on his timeline, now people are asking how come Kangana got help from his boyfriend Aditya Pancholi to get break in films, and used Hrithik twice for Kites and Krish 3 to get a re-break, and now using Sushant Rajput for her own agenda. They are saying, Kangana is the biggest exploiters of Nepotism than any.